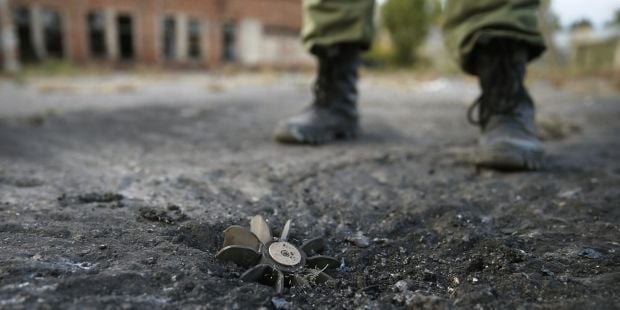 The militants fired small arms, heavy machine guns and rocket-propelled grenades on ATO forces near the villages of Pisky, Zaitseve, Novhorodske, Luhanske, Kodema and the town of Maryinka.

Until midnight, using 82mm mortars, the occupiers resorted to armed provocations against ATO forces in the town of Krasnohorivka and twice in Novhorodske.

The enemy snipers were active near Novhorodske, Luhansk and Pisky in the evening.

Read alsoRussian proxies target areas around Donetsk all nightIn addition, at about 22:00 on December 17, the Ukrainian military recorded a reconnaissance overflight by enemy drone in the Donbas conflict zone.

According to some data, a military clash with a small group of invaders erupted near Luhanske in the afternoon. The ATO forces were forced to open fire from small arms. The enemy retreated.

As UNIAN reported earlier, the State Border Service reported that Russia had stepped up aerial reconnaissance.