No peace in Donbas at Christmas: over 35 attacks on Ukraine reported (Map) 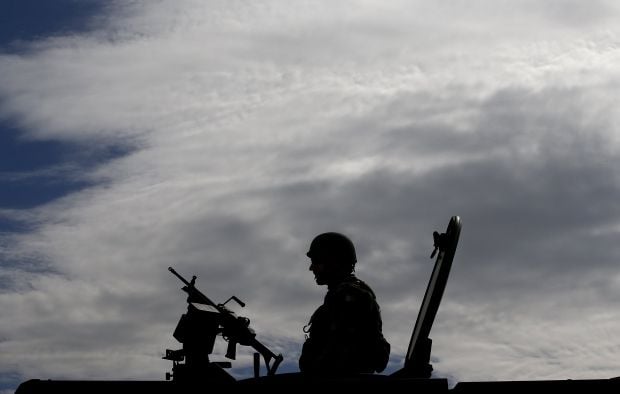 "Russian-backed gangs have violated all existing ceasefire agreements. The actions of their gang leaders defy logic. The combined Russian-separatist forces have not only been firing 82mm and 120mm mortars on the village of Vodiane, which is located in the so-called grey zone near the Ukrainian-controlled city of Mariupol, but have also become active in other sectors," the press service wrote on Facebook.

In particular, they used large-caliber machine guns, various types of grenade launchers and small arms to shell the Ukrainian positions near the villages of Novhorodske, Zaitseve, Mayorsk, Luhanske, Pisky, Opytne, the town of Maryinka, and others.

The ATO HQ does not rule out that the escalation in Donbas might be connected with the arrival of a new so-called "humanitarian convoy" from Russia in the temporarily occupied territory in eastern Ukraine. Such convoys bring not only food and basic necessities, but also weapons and ammunition for militants.

"This can also be a kind of revenge for the forced exit of illegal formations from the village of Kominternove, which was a painful blow to the ambitions of the Russian military strategists," the ATO HQ said. 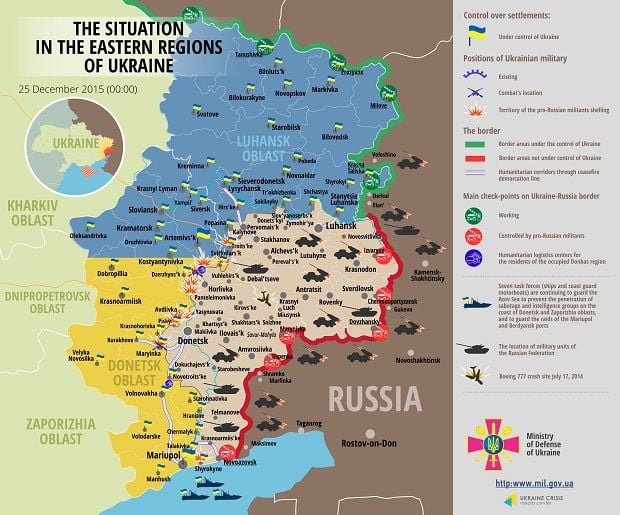 Hostilities in Donbas as of December 25 / Image from mediarnbo.org