The Russian-backed mercenaries resort to various tricks, once again trying to discredit the Ukrainian military in Donbas. 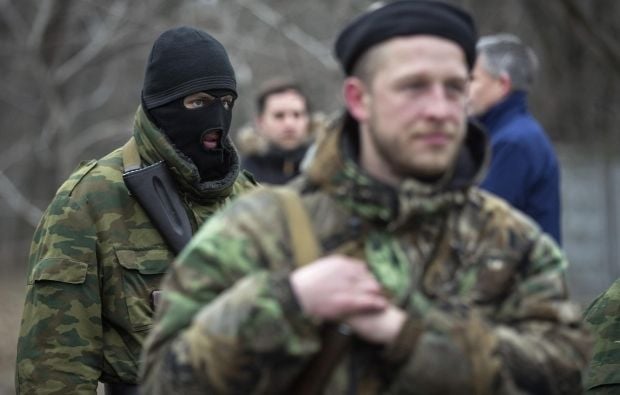 A group of militants from one of the pro-Russian illegal armed units was spotted near the village of Zaitseve, north of the temporarily occupied Horlivka, who were sporting camouflage uniform alike that of the Armed Forces of Ukraine, according to the Monday report of the ATO press center on Facebook.

The militants opened fire from small arms, including at the residential infrastructure of the village, the report says.

"Thus, upon the orders of their curators from the Russian Federation, the criminals once again try to mislead the locals, blaming our soldiers in breach of ceasefire agreements and provocatively discredit the ATO forces. By the way, this is not the first such case," said the statement.

Read alsoRussian proxies violate Donbas truce 35 times in last dayAccording to the press center the Ukrainian soldiers had not opened fire in the last day, strictly observing the conditions of the ceasefire deal. Although, there were eight recorded attempts by the militants from the DPR terrorist organization militants since the early hours of Monday to provoke the Ukrainian troops to return fire by shooting at the general direction of the Ukrainian positions.