The Headquarters of Anti-Terrorist Operation has published evidence of the presence of armed pro-Russian militants in the village of Kominternove not far from the government-controlled strategic port city of Mariupol. 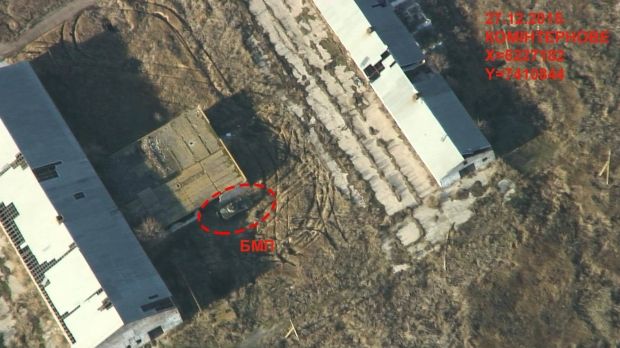 The photos shot by a drone show armored combat vehicles hidden from monitors, as well as traces of tracked military vehicles of the terrorists.

The ATO HQ has posted the pictures on Facebook.

As UNIAN reported earlier, the village of Kominernove has come into the media spotlight due to reported provocations of the Russian-backed militants trying to take over control of the village that is located in a so-called "grey," or buffer, zone. Therefore, the militants were reported to be violating the ceasefire agreement and provoking the Ukrainian forces to take action against the seizure of the area, in order to accuse the ATO troops of aggression. The OSCE monitors were not immediately let in the area to examine the situation. The access provided later was in fact limited to central parts of the village by the "DPR" militants.