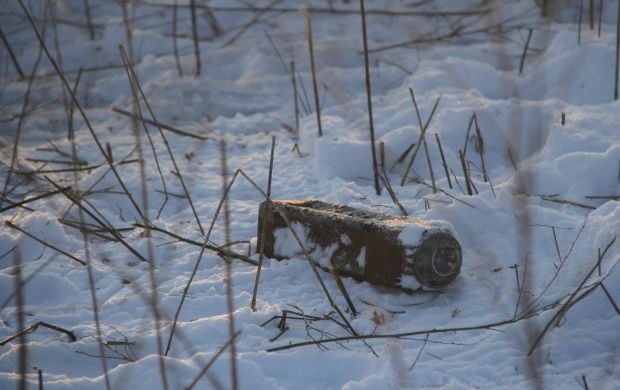 Russian anti-tank mine cluster mine / facebook.com/ato.news

The Ukrainian bomb squads have been clearing the area in Donbas to provide for the access of local energy experts to dangerous sites for safe troubleshooting and repair works at the high-voltage power transmission at Vuglehirska thermal power station, the press center of the ATO wrote on Facebook. 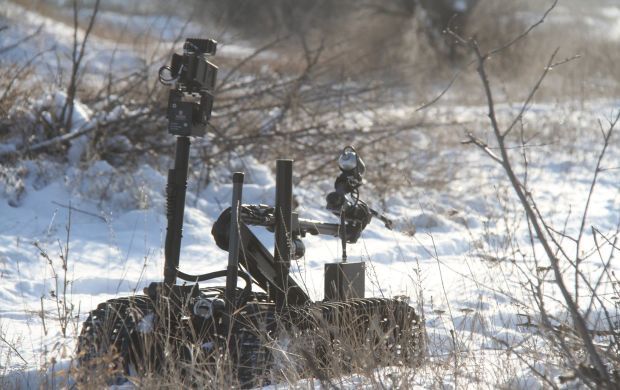 According to the press center, the engineers moved the object to another location using a low-power charge. Then an MOD-2 robotic system examined the explosive device in several projections, making it possible to approach the object and record the marking of the Russian anti-tank mine. 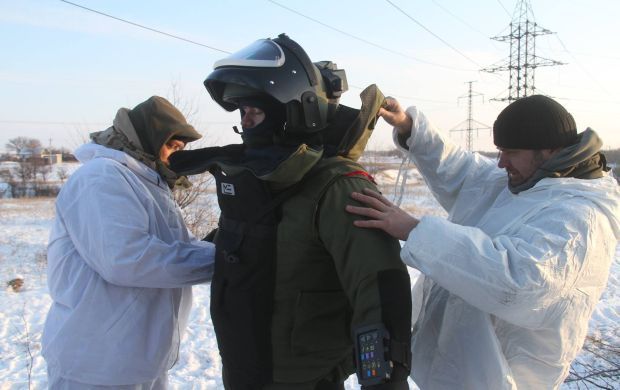 This remote explosive device once again confirms the presence of Russian weapons in the territory of Ukraine / facebook.com/ato.news

"We have found a Russian PTM-3 anti-tank cluster mine, which works remotely,” the head of the demining unit said. "It could engage when a car or an armored vehicle would drive nearby. Therefore, we have worked quickly and efficiently." 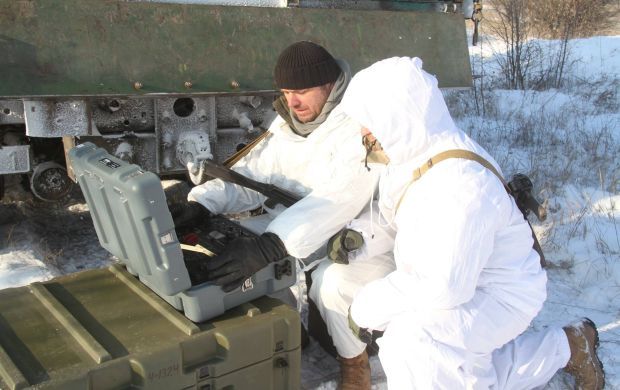 Ukraine Armed Forces do not use such cluster antitank mines / facebook.com/ato.news

The press center said that "this remote explosive once again confirms the presence of Russian weapons in the territory of Ukraine. According to the agreements reached in Minsk, the Ukrainian armed forces do not use such cluster antitank mines."