The OSCE Special Monitoring Mission (SMM) to Ukraine has reported an increased presence of armed men in the militant-controlled town of Debaltseve in eastern Ukraine. 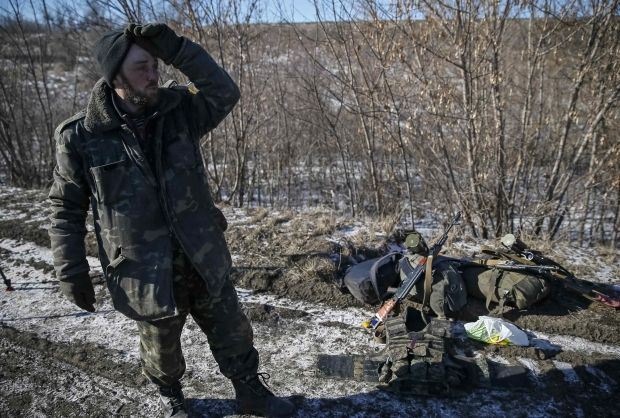 "In 'Donetsk People's Republic' ('DPR')-controlled Debaltseve (57km north-east of Donetsk) the SMM observed a calm situation, but an increased presence of armed men," the OSCE SMM reported on January 6 in its update based on information received as of 19:30 local time on January 5.

The SMM observers said they had spoken to up to 15 people who were queuing outside an office. The interlocutors said they were queuing for humanitarian assistance. The security guard outside the office did not allow the SMM to enter the premises.

The OSCE also reported that in violation of the relevant withdrawal line, the SMM observed the presence of a military truck towing an unidentified 122mm artillery piece near Debaltseve.