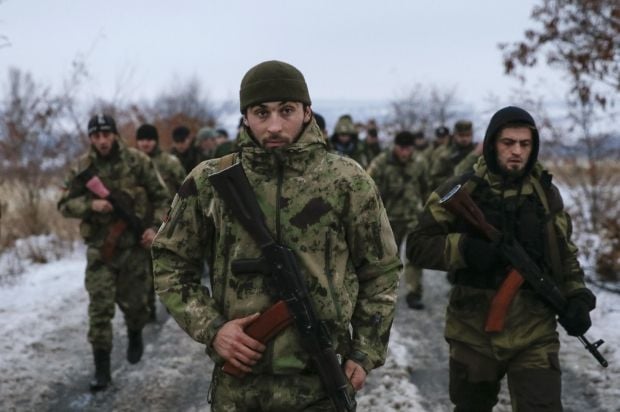 "The situation in the zone of the ATO escalated. In the Christmas night, the militants from the pro-Russian illegal armed groups once again showed their true attitude to the Christian values. The invaders have established a real New Year’s record for the number of violations of the" total silence" ceasefire. Following the instructions of their masters from Moscow, the enemy used weapons against the Ukrainian defenders 51 times," reads the report.

In particular, the gunmen opened fire from the automatic mounted grenade launchers in the area of ​​Maryinka and from small arms and grenade launchers at Verhnetoretske. From the same weapons they hit twice on the Ukrainian positions at Granitne in the direction of Mariupol.

"In the early hours of the day, the adepts of the "Russian world" opened fire about 10 times in the direction of our soldiers. In particular, they led aimed fire from small arms near Novhorodske. The invaders also opened harassing fire from rocket-propelled grenades, small arms and heavy machine guns in the area of the Donetsk Airport and north of Horlivka," the report says.