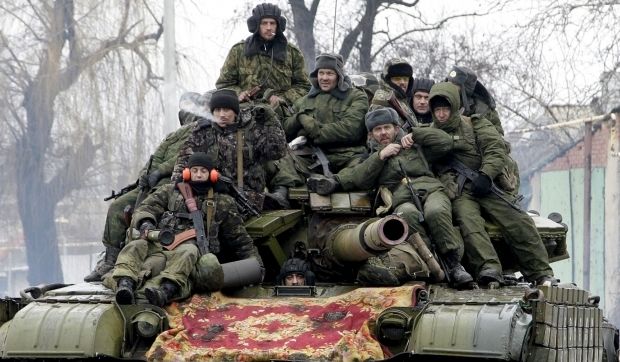 The militants fired banned weapons on ATO forces at night. They fired grenade launchers, heavy machine guns and small arms on the Ukrainian fortified positions in the villages of Pisky and Opytne, as well as the towns of Krasnohorivka and Maryinka.

"The situation was tense in the area of Svitlodarsk, where the militants fired heavy machine guns on the Ukrainian army positions near the villages of Troyitske and Zaitseve, as well as a grenade launcher near the village of Mayorsk," the report says.

The enemy fired an automatic grenade launcher near the town of Zolote in the Luhansk sector.