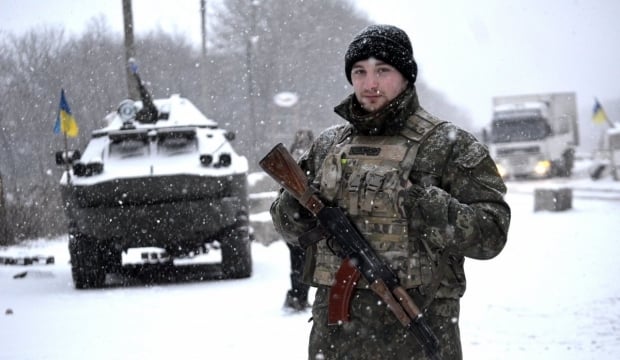 "The enemy shelling of our positions in the Donetsk and Mariupol sectors  intensified sharply. Sporadic use of heavy weapons, including mortars and infantry fighting vehicles, was recorded," he said.

"A significant part of the shelling was aimed, that's why ATO forces returned fire," the spokesman said.

In addition, according to Lysenko, "there is a lull in the Luhansk sector, however, in the Donetsk sector, the enemy violated the "ceasefire" on all fronts."

"On Thursday, the largest number of enemy attacks was recorded near the Donetsk airport, in particular, in the village of Pisky," he said.

Read alsoRussia blocks expanding OSCE Observer Mission in Donbas along its borderAccording to Lysenko, in the Mariupol sector, the militants "fired almost non-stop on the Ukrainian positions east of the towns of Krasnohorivka and Maryinka." The illegal armed groups didn't use heavy weapons, but the enemy snipers fired several times there," he said.

"The return fire by the ATO forces stopped the invaders and forced them to retreat to their positions," Lysenko said.

Read alsoDonbas escalates: militants attack ATO forces 69 times in last dayAs UNIAN reported earlier, the combined Russian-separatist forces attacked Ukrainian army positions in eastern Ukraine 69 times in the past 24 hours. No Ukrainian soldiers were killed, but one was wounded as a result of military clashes.