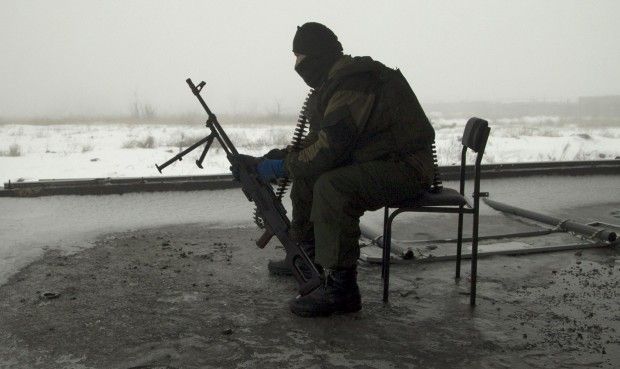 The enemy fired rocket-propelled grenades, heavy machine guns and small arms on the Ukrainian fortified positions in the villages of Opytne and Pisky near the ruined Donetsk airport, the ATO press center wrote in an update on Facebook as of 06:00 local time on Monday, January 25.

In addition, an enemy sniper was working on the Ukrainian positions not far from the village of Novhorodske. The situation was tense near the town of Avdiyivka, where the occupiers fired an automatic grenade launcher and small arms on the Ukrainian fortified positions.