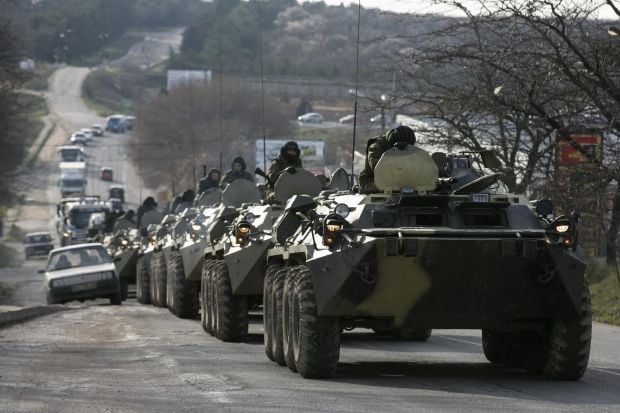 Employees of the Main Military Prosecutor's Office oversees inspections and criminal cases on the facts of the death of 159 soldiers in the period from 1 January 2014 to 30 July 2015, did not reveal any violations of the law and confirmed the legality of the decisions taken.

This follows from the response of the Chief of the 3rd management supervision GWP, Major-General Justice Maxim Toporikov at the request of the (HRC) to Sergey Krivenko, with a request to verify the information about the death of 159 Russian military in the period from 1 January 2014 on 30 July 2015.

"The legitimacy of the decisions taken was verified. There are no grounds for their abolition," reads the official reply by Maj.-Gen. of Justice Maksim Toporikov, the Military Prosecutor’s Office official, to the December’s appeal by Sergey Krivenko, Chairman of the Commission on Civil-Military Relations at the President’s Human Rights Council.

Read alsoMedia: Russian army invaded Ukraine four times in last 12 monthsProsecutors also stressed that they did not reveal any violations of rights of the families of the fallen soldiers.

Krivenko attached the list of names of the deceased, also indicating their military units, data gathered in the human rights activist’s independent research. Among them, there are 98 troops, whose death was not reported to have been investigated by any state agencies. Mostly, such cases relate to the period between August, 2014, and September, 2014.

Krivenko called an “anomaly” the situation with the hike in military casualties exactly in the second half of 2014. During these six months, the Russian army lost at least 108 troops (68% of the total number in one and a half years). In most cases (80%) there was no clear information about the circumstances of death and the investigation by military prosecutors.

Read alsoRussian journalist Arkady Babchenko: Russians want war. My nation wants warAmid peaking reports on the death of the Russian soldiers late summer and early autumn of 2014, RBC sent in September, 2014, a request to the Defense Ministry with the list of a dozen military servicemen from five military units, asking to explain their deaths and possible participation in military operations in Donbas. However, the agency received no response. Meanwhile, Federal TV channels simultaneously aired TV shows about the victims of war from among the “volunteers,” who were on a leave, wishing to help the militants in Donbas.