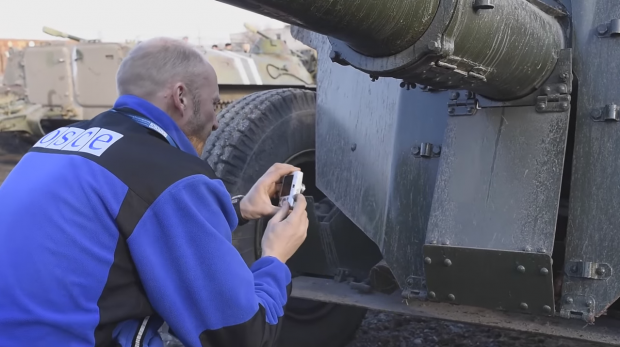 The OSCE recorded banned heavy weaponry amassed in the village of Ternove / youtube.com

“In violation of respective withdrawal lines, on 22 January aerial surveillance imagery available to the SMM revealed the presence of 17 self-propelled howitzers (heavy weapons) at a training area near “DPR”-controlled Ternove,” reads the report.