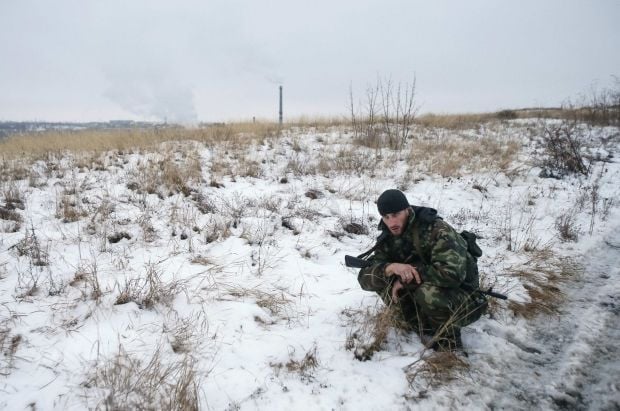 In the Donetsk sector, the enemy fired small arms and rocket-propelled grenades on the Ukrainian fortified positions in the villages of Pisky, Opytne, the town of Avdiyivka and Butivka coal mine.

The militants fired 82mm and 120mm mortars on the Ukrainian fortified positions near the village of Zaitseve.

"The situation was also tense near the village of Mayorsk, where the enemy used grenade launchers of different systems," the press center said.

In addition, the enemy fired mortars on a fortified position near the village of Hnutove in the Mariupol sector.