The tower with the OSCE's stationary camera installed in the village of Shyrokyne to monitor violations of the Minsk agreements allows the militants to track the movement of Ukrainian soldiers, TSN journalist Andriy Tsaplienko wrote on Facebook. 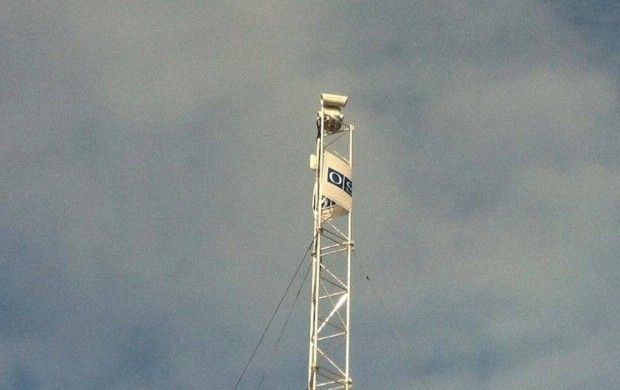 "Our troops are in plain sight. The camera may even see their faces. But the electronic eye fails to record separatist tanks and mortars. It can't get to them – they are 3,500 meters away," he said.

The journalist believes that the information about the movement of ATO forces is no secret to the Russian proxies, as the OSCE video signal is streamed to Kyiv, Mariupol and Donetsk.

"The main 'supervisor' of the reality show is right there. On the day of the solemn installation of the white tower, the OSCE SMM Principal Deputy Chief Monitor Alexander Hug was asked whether he could guarantee that the militants would not get video from surveillance cameras, and his answer was negative," Tsaplienko said.

Read alsoUkraine intel informs OSCE about militants' banned weapons, killed localsIn addition, the journalist said that during the first two-hour shelling of our positions by the Russian-backed militants, the camera was turned off.

"And why does not the other side have such a camera?" the Ukrainian military asked the OSCE monitors. The answer is the following: 'the DPR [Donetsk People's Republic] does not allow installing it.' The monitoring is continuing," Tsaplienko said.