The OSCE Special Monitoring Mission (SMM) to Ukraine has been informed about the deployment of militant MBTs, artillery systems and Grad multiple rocket launchers in the Donbas conflict zone, according to the Main Directorate of Intelligence of the Ukrainian Defense Ministry. 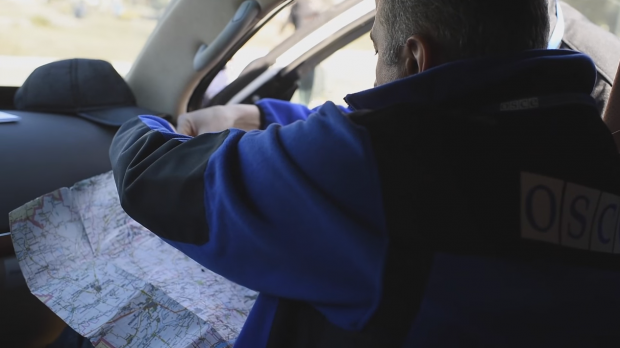 "The OSCE representatives were provided with information about the deployment of banned main battle tanks, artillery systems and 122mm Grad multiple rocket launchers near the towns of Stakhanov, Makiyivka, the city of Donetsk and the village of Manuilivka," the report says.

Read alsoATO HQ: OSCE partially responsible for latest escalation in DonbasAt the same time, the intelligence says that the enemy fire on the positions of the Ukrainian troops has intensified.

Read alsoOSCE confirms use of heavy weapons in Zaitseve"The militants fired small arms, rocket-propelled grenades and 82mm and 120mm mortars 55 times in the past 24 hours, including 16 times in the villages of Luhanske, Zaitseve, Mayorsk, Troyitske, 38 times in the towns of Avdiyivka, Krasnohorivka, Maryinka, the villages of Nevelske, Opytne, Pisky, Novomykhailivka, and one time in the village of Vodiane in the Mariupol sector," the report reads.