The combined Russian-separatist forces attacked Ukrainian army positions in eastern Ukraine 53 times in the past 24 hours, the press center of the Anti-Terrorist Operation (ATO) wrote on Facebook early on Friday. 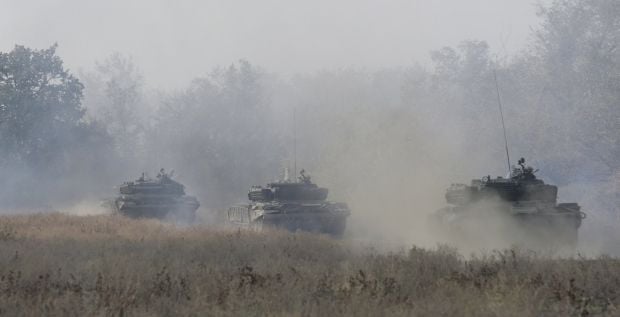 The situation in the Donbas conflict zone remains tense. The Russian-backed gangs continue shelling of fortified positions of the Armed Forces of Ukraine.

"The militants fired mortars on our positions in the villages of Zaitseve, Pisky, and the town of Krasnohorivka. In addition, they fired an anti-aircraft gun in Krasnohorivka," the report says.

The enemy also fired grenade launchers of various systems and heavy machine guns on the Ukrainian fortified positions in the villages of Troyitske, Verkhniotoretske, Mayorsk, Novhorodske, Luhanske, Opytne, and Butivka coal mine.

"The occupiers attacked 14 times our fortified positions near the town of Maryinka. At about 22:00 local time, they started firing automatic grenade launchers on the Maryinka checkpoint," the press center said.

In the Mariupol sector, the situation was tense near the villages of Lebedynske and Hranitne, where the Russian-backed mercenaries fired grenade launchers and small arms.