OSCE: Civilians equally suffer on both sides of contact line 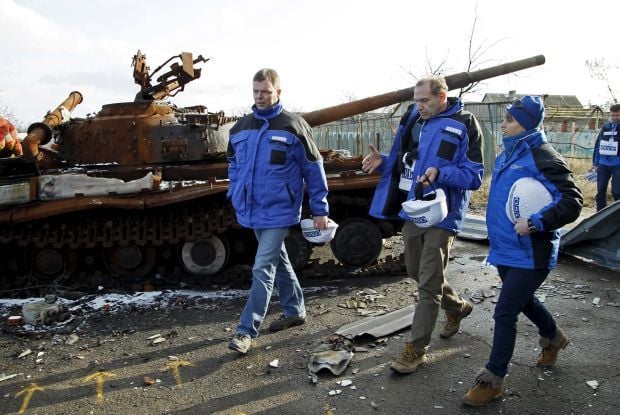 "SMM team visited Zaitseve today – a settlement divided by the contact line, but not by the problems people face," said Hug. "We have seen no difference between the situation of civilians on both sides of the contact line, neither in the pain of the civilians we spoke to, nor in the damages we have observed," the OSCE SMM reported in a press release on Tuesday.

He reminded that the sides have committed to ceasefire to end the suffering of the civilian population.

"While we were there, not a single shot was fired. However, as residents on both sides of the contact line told me, once the SMM leaves shelling starts again. This shows that the sides can stop the firing. And if they can stop it, they must stop it," Hug said.

Hug also met with the senior representatives of the Joint Centre for Control and Co-ordination (JCCC) in Soledar where he discussed their responsibilities. "The JCCC must work jointly to facilitate the ceasefire along the contact line and to ensure security of our monitors. I called on them to redouble their efforts," he said.