The situation in the Donbas conflict zone remains tense, but under control, as Russian proxies continue to use large-caliber weapons, the press center of the Anti-Terrorist Operation (ATO) reported on Tuesday. 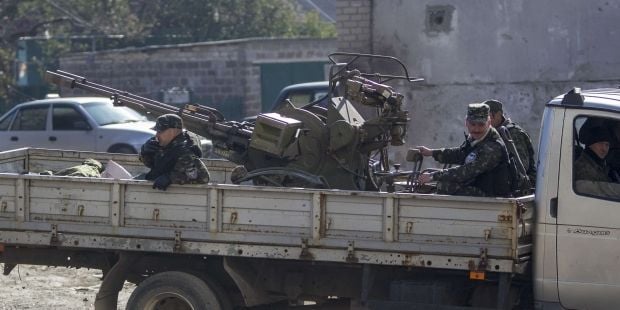 The Russian-backed militants fired an 82mm mortar, grenade launchers of different systems and small arms on the Ukrainian positions near the village of Vodiane in the Mariupol sector.

In addition, Ukrainian troops near the town of Maryinka were under fire at midnight. The militants also used small arms there.

The occupiers fired small arms on the Ukrainian positions not far from the town of Avdiyivka and the village of Novhorodske.

Despite certain stabilization near Maryinka, the overall situation in the Donetsk sector remains tense.