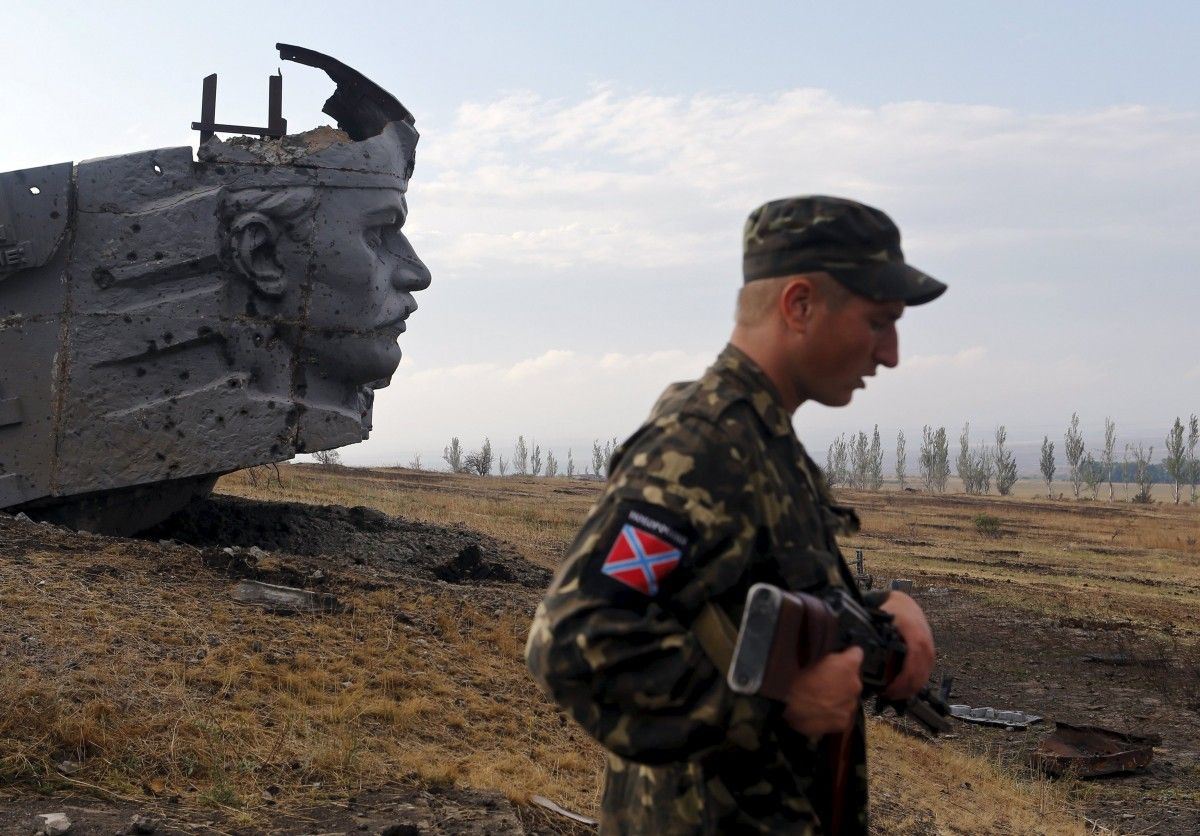 The terrorists fired mortars 12 times on the Ukrainian fortified positions near the villages of Opytne, Luhanske, Zaitseve and the town of Avdiyivka. Ukrainian troops were under mortar fire near Butivka coal mine and the Zenit position.

The enemy fired infantry fighting vehicles on our soldiers near Luhanske.

The Russian-backed mercenaries also fired small arms, machine guns and grenade launchers of various systems on ATO forces near the villages of Pisky, Myronivskiy, Novhorodske, Troyitske, Mayorsk, Verkhniotoretske, and the town of Krasnohorivka.

In the Mariupol sector, the militants were active near the villages of Shyrokyne, Starohnativka and the town of Maryinka.

At about 19:00 Kyiv time, a sabotage and reconnaissance group of militants approached an observation post of the Ukrainian troops near the village of Triokhizbenka at a distance of 200 meters and opened fire with small arms. The Ukrainian military had to fire back. At 19:35 local time, the enemy stopped firing and withdrew to the other side of the river. No casualties among our soldiers.