A record number of attacks in recent weeks has been reported in the Donetsk direction where the combined Russian-separatist forces attacked Ukrainian army positions 62 times, as well as eight times in the Mariupol sector and one time in the Luhansk sector, the press center of the Anti-Terrorist Operation (ATO) reported on Sunday. 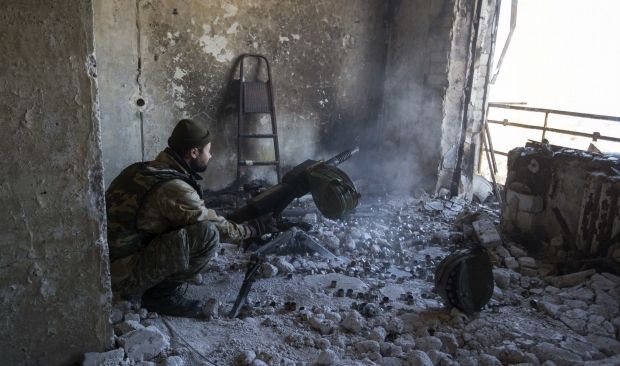 In particular, 19 mortar attacks were recorded along the whole front line. The situation remains tense near Avdiyivka where militants used not only mortars and grenade launchers to attack the ATO forces, but two times they used a tank and 122mm cannons, according to a report.

It is reported that at about 18:00 local time militants were shelling the ATO forces near Krasnohorivka, having fired 18 shells using 122 mm artillery systems.

Militants also fired heavy machine guns on the Ukrainian positions near Novozvanivka in the Luhansk sector.