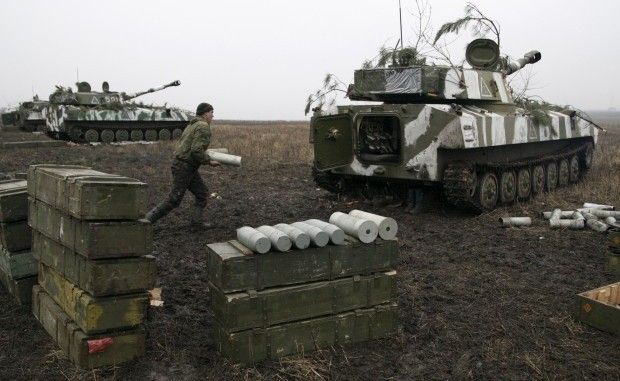 "The epicenter of events was near the villages of Novotroyitske, Zaitseve and Troyitske. In breach of the existing Minsk agreements, the Russian-backed mercenaries fired 120mm and 82mm mortars on ATO forces, having launched about 100 mines," the report says.

At 10:00 and about 17:00 local time, following mortar attacks, a sabotage and reconnaissance group of terrorists made an attempt to overpass the Ukrainian fortified positions near Novotroyitske and enter the territory controlled by ATO forces.

Read alsoCompany of Russian commandos spotted near Dokuchaievsk in Donbas: Ukraine Intel"But due to the skillful and resolute actions of the Ukrainian fighters, the enemy got an adequate response," the headquarters said.