Train with ammo from Russia arrives in Ilovaysk – Ukraine Intel

Railway train carrying ammunition for small arms and artillery systems has arrived in the militant-occupied town of Ilovaysk, according to the Main Intelligence Directorate of the Ukrainian Defense Ministry. 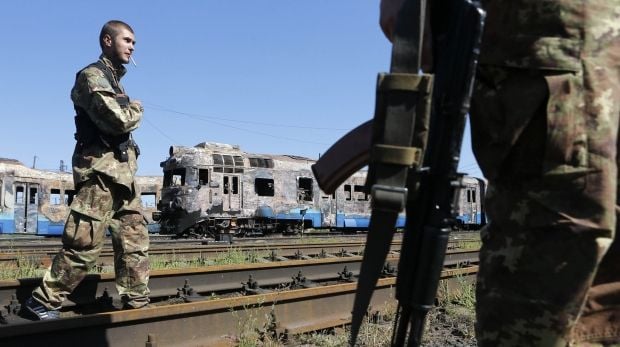 "The Russian Federation continues to supply weapons for the needs of the 1st Army Corps of the Russian armed forces. A train carrying ammunition for small arms and artillery systems (including 122mm artillery shells and 120mm mines) arrived in Ilovaysk," the report says.

It is also reported that the enemy attacked the Ukrainian troops near the town of Dokuchaievsk and the village of Novotroyitske in the last 24 hours in order to push ATO forces back from their positions near Novotroyitske. The grouping of militants in this direction is up to battalion task group of the 5th separate motorized rifle brigade of the 1st Army Corps of the Russian armed forces.

Read alsoCompany of Russian commandos spotted near Dokuchaievsk in Donbas: Ukraine Intel"On March 15, Commander of the 1st Army Corps (Donetsk) Major-General of the Russian armed forces Valeriy Asapov ordered to bolster the advanced units of the 5th separate motorized rifle brigade at the expense of redeployment of rear reserves and supply of ammunition, as well as to conduct aerial reconnaissance over Novotroyitske," the report reads.