The command of the Russian army has masterminded a campaign to discredit personnel of the OSCE Special Monitoring Mission (SMM) to Ukraine in temporarily occupied territory of Donbas, eastern Ukraine, according to the Ukrainian Defense Ministry's GUR Main Intelligence Department. 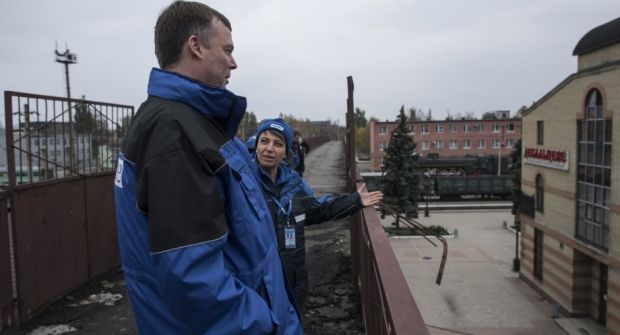 "Taking into consideration OSCE's impact on temporarily occupied territories in the east of Ukraine, the Russian command has organized an information campaign to discredit OSCE SMM personnel," the Ukrainian intelligence service said.

Part of the campaign is to blame the OSCE mission for ignoring humanitarian problems after the water supply to militant-held districts in Luhansk region has artificially been made irregular.

Major of the Armed Forces of Russia Dmitry Fedin is in charge of the campaign. He uses Luhansk online portals as a communication channel for the defamation, the intelligence service said.