The Russian Ministry of Emergency Situations has sent yet another, 50th, humanitarian convoy to Donbas, the ministry's press service said on Thursday, according to Russian news agency TASS. 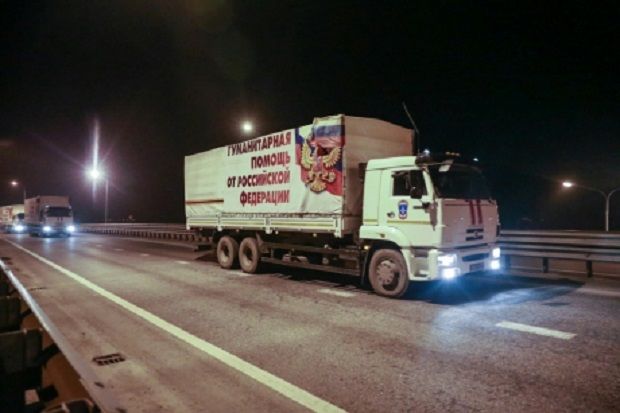 "About 90 trucks with more than 1,100 tonnes of humanitarian cargoes set off at 04:00 Moscow time from the Russian emergencies ministry's Don rescue center [in the southern Rostov region] for Donetsk and Luhansk," the press service said, TASS wrote.

Humanitarian cargoes will include food products, textbooks and study aids and articles of daily necessity.

"The convoy will break in two before the state border. One convoy will go to the Donetsk border checkpoint, the other – to the Matveyev Kurgan checkpoint," the press service said, adding that the trucks will be checked at the border checkpoints by Russian and Ukrainian customs and border officers in the presence of monitors from the OCSE (Organization for Security and Cooperation in Europe) mission.