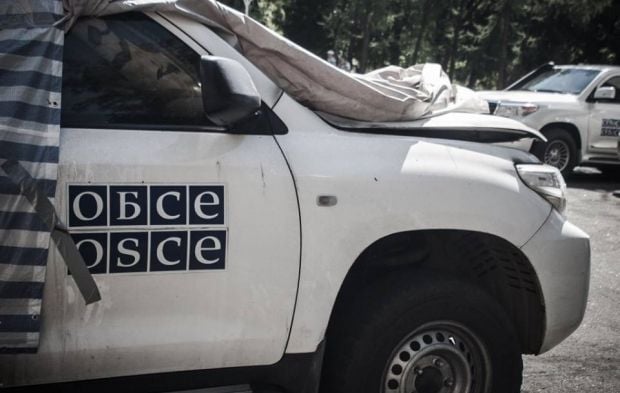 The OSCE reports ongoing violations of the truce by militants in Donbas / Photo from twitter.com/InfoResist

"The SMM observed a high number of ceasefire violations in Donetsk region, mostly in the Yasynuvata-Avdiyivka area," the OSCE SMM said in its update based on information as of 19:30 local time on March 29, 2016.

Whilst in Avdiyivka, the SMM said it had heard one impact of an artillery round (122mm), one impact of a mortar round (82mm) and 15 bursts of heavy-machine-gun fire 4-6km east-south-east of its position.