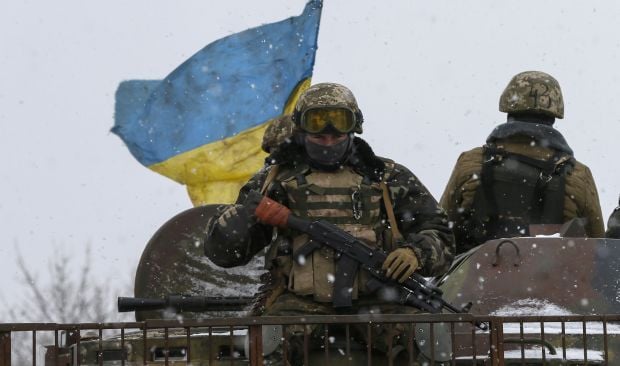 "In the Donetsk sector, the militants fired mortars seven times on ATO forces near the town of Avdiyivka. They also fired 120mm and 82mm mortars on the Ukrainian troops near the villages of Opyten and Pisky. In addition to mortars, the enemy used 122mm artillery systems," the report says.

The Russian-backed militants also fired mortars on ATO forces in the Mariupol sector, namely in the villages of Shyrokyne, Pavlopil, Talakivka and Hnutove.

"In the Luhansk sector, the illegal armed groups fired small arms, rocket-propelled grenades and heavy machine guns on the Ukrainian military positions near the village of Triokhizbenka," the press center said.

"Despite the tactics of simultaneous firing weapons of all calibers and increasing the intensity of attacks on certain sectors of the front, the positions of the Ukrainian armed forces remained unchanged," the press center said.