The combined Russian-separatist forces attacked Ukrainian army positions in eastern Ukraine 23 times in the past 24 hours, including 16 times in the Donetsk sector, five times in the Mariupol sector, and twice in the Luhansk sector, according to the press center of the Anti-Terrorist Operation (ATO). 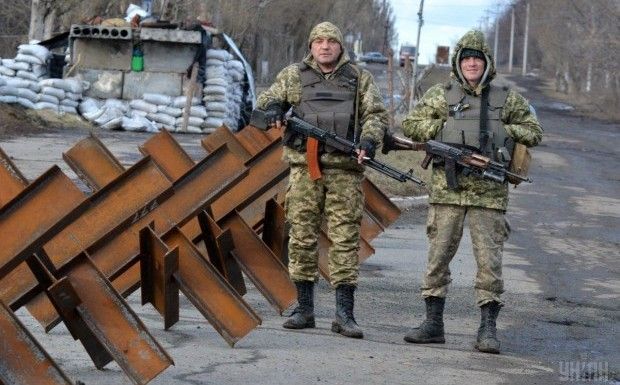 "The town of Avdiyivka remains one of the most 'visible' settlements on the map of hostilities. The illegal armed groups fired mortars on our fortified positions there six times. In addition to the use of banned mortars of 120mm and 82mm, they fired automatic grenade launchers and small arms," the report says.

The militants also fired large-caliber machine guns on ATO forces near the village of Mayorsk, as well as hand-held and automatic grenade launchers near the villages of Luhanske, Zaitseve, Opytne, Novhorodske and Butivka coal mine.

"In the Mariupol sector, the occupiers fired mortars on the defenders of the village of Shyrokyne. In the Luhansk sector, they used snipers and small arms to attack the villages of Triokhizbenka and Stanytsia Luhanska. In order to retain their positions, the Ukrainian military opened fire four times in response, using small arms," the press center said.