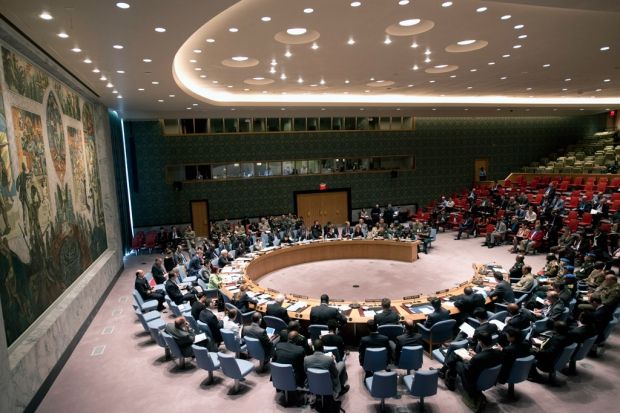 A UN Security Council meeting on Donbas was held on Thursday evening at Ukraine's request / Photo from un.org

"Positive steps forward [under the Minsk peace agreements] continue to be heavily undermined to some extent by an overall precarious and unsustainable situation in the conflict area. The total number of conflict-related casualties continues to climb, now standing at more than 30,700, including more than 9,300 killed and close to 21,400 injured since the beginning of the conflict in the middle of 2014," he said at a UN Security Council open meeting late on Thursday.

"While some of the recent civilian casualties have been caused by indiscriminate shelling, most are caused by landmines, booby-traps, and other explosive remnants of war, which continue to represent the biggest threat to civilians' life and security," he added.

He called on the urgent need for mine clearance and mine awareness measures on both sides of the contact line.

What is more, he pointed to the lack of systemic mine action and reportedly high levels of military readiness and preparedness.

Read alsoOSCE confirms four civilians killed in DonbasAs UNIAN reported earlier, the OSCE Special Monitoring Mission confirmed on Wednesday that four civilians, including a pregnant woman, were killed near the temporarily occupied village of Olenivka in Donetsk region, eastern Ukraine, in the early hours of April 27, 2016.