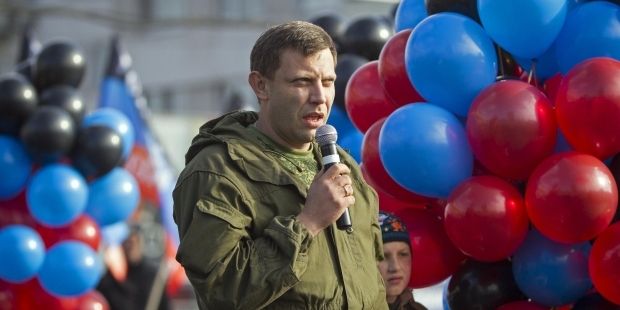 During the meeting, the Russian supervisors harshly criticized Zakharchenko's activity and his inability to perform along with the Russian command's instructions, namely his failure to oust Ukrainian troops from positions near the town of Avdiyivka and improper distribution of Russian financial and military aid.

Read alsoRussian proxies attack Ukraine 41 times, Avdiyivka remains the hottest spotThey also focused on the current situation along the contact line and outlined further steps. In particular, they discussed the condition of local industrial infrastructure and the relocation of production facilities from the occupied towns of Khartsyzsk, Torez, and Shaktarsk to Russian territory.

The Ukrainian intelligence service claims that the so-called DPR Defense Minister Vladimir Kononov will be commissioned to arrange further acts of provocation near the towns of Yasynuvata, Avdiyivka, Maryinka, Dokuchayevsk and the villages of Novotroyitske, Mayorsk, and Zaitseve.