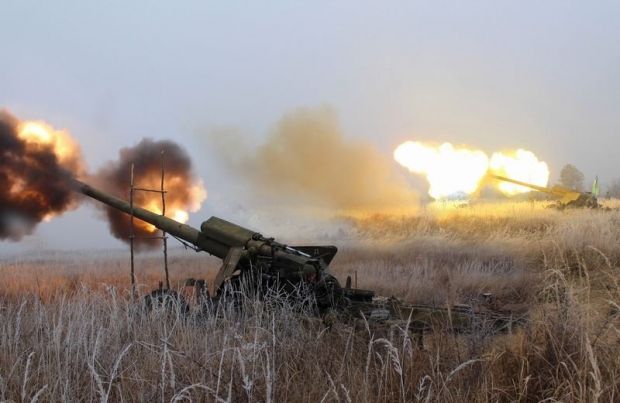 "There will be a fierce battle near the village of Pisky [close to the ruined Donetsk Airport in Russian-occupied Donbas]," he wrote on Facebook late on Sunday night.

"[The enemy's] artillery systems have opened fire. Heavily. Counterpreparation is under way. Columns have started to move. There will be a hellish night for everybody. Pray for our guys," he added.

He previously wrote that there was some fuss amid shooting in the militant-held city of Donetsk and fighting outside it.

Read alsoTwo Ukrainian soldiers wounded near Avdiyivka in Donbas in last dayHe connects the escalation in Donbas with Ukraine's victory at the Eurovision song contest, where Russia occupied only the third place, which allegedly put Russian President Vladimir Putin out of temper.

He added in an update that militants were attacking in different locations, "so that we could not sort it out where they're planning a breakthrough operation."

In his words, it is a "classical battle" with simultaneous attacks in different places. "Everything's happening as it is written in books. Only aircraft are missing. Now the Russians will have a Roland for an Oliver," he wrote in the update.