The combined Russian-separatist forces attacked Ukrainian army positions in eastern Ukraine 17 times in the past 24 hours, they used, among other things, banned weapons and a combat drone, according to the press center of the Anti-Terrorist Operation (ATO) headquarters. 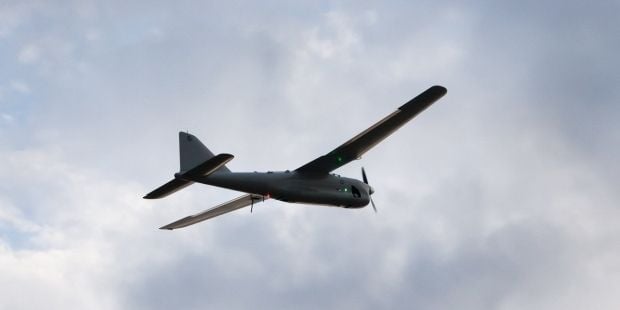 "An enemy combat unmanned aerial vehicle was spotted again yesterday. The tactic has not changed. Not far from one of our units, the drone dropped some unidentified munitions. There were no casualties among military personnel and military equipment," the ATO HQ said.

In the Mariupol sector, the militants fired small arms, heavy machine guns and grenade launchers on Ukrainian positions near the villages of Berezove, Novotroyitske and Shyrokyne.

The situation was also tense in the vicinity of the militant-held city of Donetsk. The Russian-terrorist troops fired heavy machine guns, grenade launchers and 120mm mortars on the Ukrainian fortified positions south of the town of Avdiyivka. An enemy sniper opened fire there as well.

Read alsoDonbas "truce": Militants use heavy artillery, combat droneNot far from the town of Krasnohorivka, the occupiers fired 82mm mortars on the Ukrainian fortified positions, according to the headquarters.

The enemy violated the ceasefire thrice since the beginning of Thursday, May 19.

Russian proxies opened fire from small arms near the town of Maryinka. In Luhansk region, the invaders fired grenade launchers twice on ATO positions near the village of Stanytsia Luhanska.