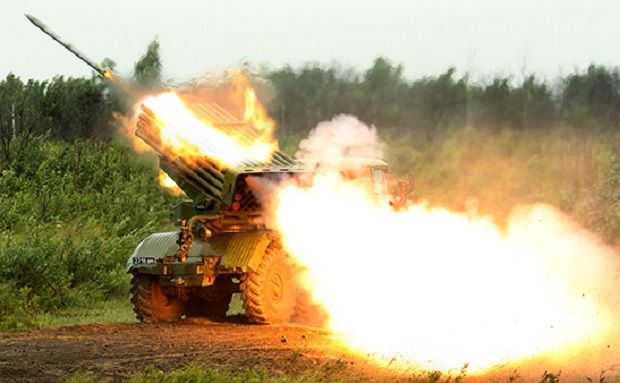 "In particular, the intelligence has recorded 11 cases of violation of the Minsk agreements and spotted 40 Grad MRLS near the towns of Amvrosiyivka, Horlivka, Donetsk, Yasynuvata, and the villages of Mineralne, Mius, Ternove, as well as four Smerch MRLS in the town of Pervomaisk and three Uragan MRLS in the town of Makiyivka," Vadym Skybytskiy, a representative of the Main Intelligence Directorate, said at a briefing in Kyiv on Thursday.

According to him, during the current week, Ukraine's intelligence agencies recorded 43 violations of the Minsk peace agreements in terms of the withdrawal of heavy weapons and equipment from the contact line in Donbas, eastern Ukraine.

The return of the multiple launch rocket systems to the demarcation line poses a major threat, he said.