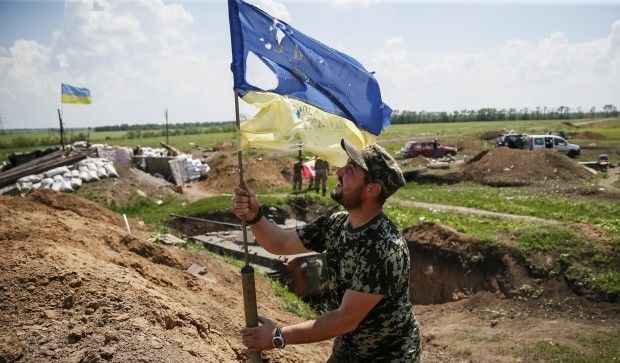 "Yesterday night, the enemy intensively shelled our fortified positions near the town of Maryinka, using small arms, grenade launchers of various systems and 82mm mortars. The enemy sniper opened fire several times there. In the same sector, the militants fired 82mm and 120mm mortars on the defenders of the town of Krasnohorivka," the report says.

The situation was tense near the town of Avdiyivka, where the militants continued firing mortars and grenade launchers on the Ukrainian positions.

"At the Horlivka-Svitlodarsk bridgehead, the enemy fired small arms and rocket-propelled grenades on the Ukrainian fortified positions near the villages of Zaitseve and Luhanske," the report reads.

In Lugansk region, the occupiers fired rocket-propelled grenades on the Ukrainian soldiers near the villages of Stanytsia Luhanska and Novozvanivka.

"The enemy does not leave attempts to conduct reconnaissance of ATO forces using drones. In the last day, the Ukrainian army recorded nine enemy unmanned aerial vehicles over its positions," the press center said.

Read alsoAvdiyivka under heavy artillery fire at night, civilian wounded, 1 WIA, 1 KIASince the beginning of the day, the Russian-backed mercenaries did not reduce their activity. They continued to fire mortars on the Ukrainian fortified positions near Maryinka and Krasnohorivka. In Luhansk region, the militants fired from infantry fighting vehicles heavy machine guns near Novozvanivka.