The combined Russian-separatist forces attacked Ukrainian army positions in eastern Ukraine 28 times in the past 24 hours, mostly after dark, according to the press center of the Anti-Terrorist Operation (ATO). 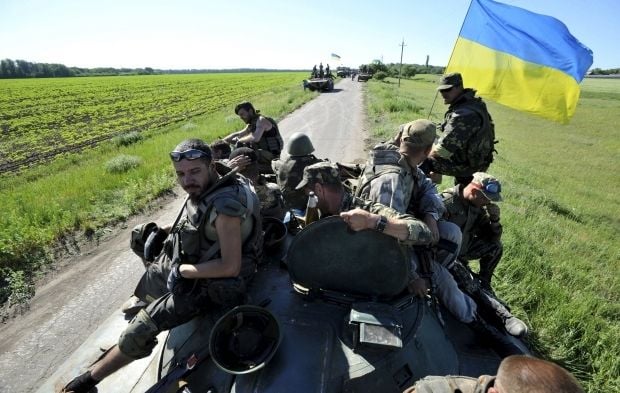 "The enemy has not stopped shelling our positions in the vicinity of the temporarily occupied city of Donetsk and the town of Horlivka. Last night, the militants fired rocket-propelled grenades, heavy machine guns and 82mm mortars twice on ATO positions south of the town of Avdiyivka. The Russian-backed gangs also fired mortars of the same caliber on our fortified positions near the village of Zaitseve, as well as small arms on the defenders of the town of Maryinka," the press center said.

Read alsoATO forces repel enemy attack near NovotroyitskeAt the Svitlodarsk bridgehead, the enemy fired from infantry fighting vehicles thrice on the fortified positions of the Armed Forces of Ukraine near the village of Luhanske.

The situation was tense in the Mariupol sector. The occupiers fired heavy machine guns and grenade launchers on the village of Shyrokyne. However, they again suffered casualties near the village of Novotroyitske. "The pro-Russian gangs once again tried to defeat our units, using an anti-missile system. However, the Ukrainian soldiers returned fire and destroyed the weapon," the press center said.

Read alsoSeven Ukrainian soldiers killed, nine wounded in Donbas in last dayThe Russian-occupation troops were active in Luhansk region. "The enemy fired from machine guns, anti-aircraft guns and infantry fighting vehicles on our fortified positions near the village of Novozvanivka, as well as grenade launchers near the village of Stanytsia Luhanska," the report says.