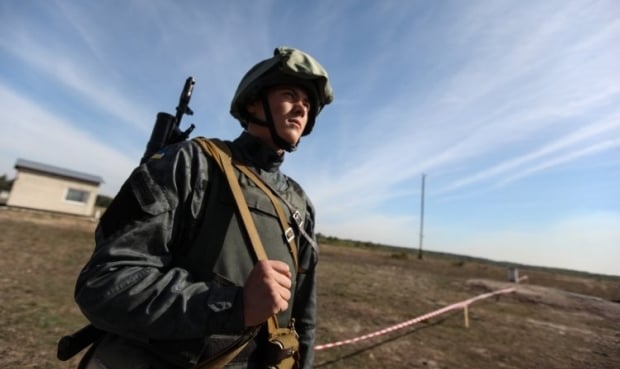 "At dusk, the militants actively fired heavy machine guns, grenade launchers and 82mm mortars on our positions near the town of Avdiyivka and the village of Opytne. Around midnight, they fired 120mm mortars on our fortified positions there," the report says.

The occupiers fired from mounted automatic grenade launchers and anti-aircraft guns near the town of Krasnohorivka. An enemy sniper was working there as well.

The Russian-backed mercenaries also fired from small arms, rocket-propelled grenade and infantry fighting vehicles on the Ukrainian soldiers near the village of Zaitseve.

Near the village of Stanytsia Luhanska, the invaders fired heavy machine guns and grenade launchers.

Read alsoG7 leaders support sanctions against Russia"The Russian-backed gangs continued to resort to armed provocations against the Ukrainian units since the beginning of the day. They have already used weapons not less than eight times," the press center said.