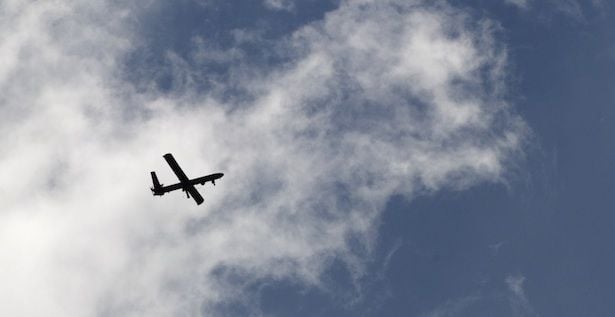 The drone was moving from militant-held positions outside the town of Popasna towards Sievierodonetsk, which was occupied by Russian-backed separatists early in 2014 and liberated by the Ukrainian army in July 2014.

Read alsoMilitant combat drone again drops bombs on ATO forces"The distance between Smolianynove and Sievierodonetsk is 17 km. It is not yet known what cargo the aerial vehicle was carrying," Chairman of Luhansk Regional Military and Civil Administration Yuriy Harbuz said.

Ukrainian military intelligence experts earlier predicted that Russian proxies would intensify the use of drones in eastern Ukraine due to the development of a new model of combat drones by Russia.