The Evacuation 200 body recovery mission under the Armed Forces of Ukraine has found the remains of two soldiers with Russian army chevrons near the village of Krymske in Luhansk region, according to Hromadske TV. 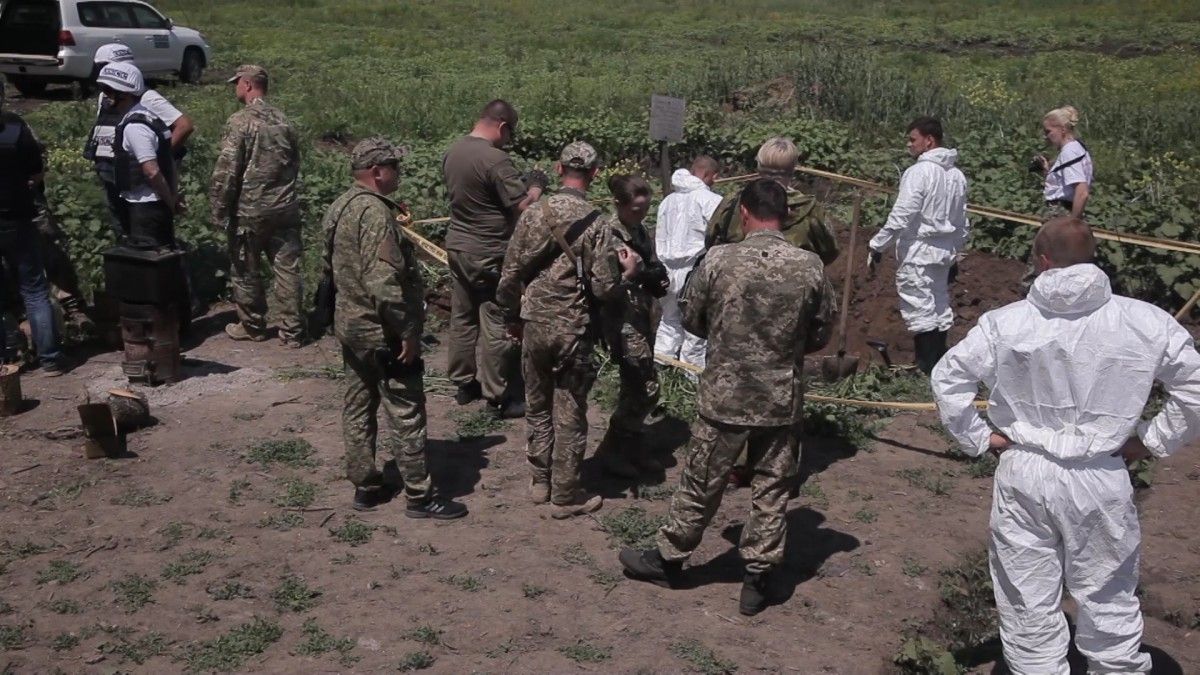 Samples will be taken for DNA examination / Photo from hromadske.ua

The grave site was found due to a sign with the name, the birth and death dates of a fighter, who was buried there. 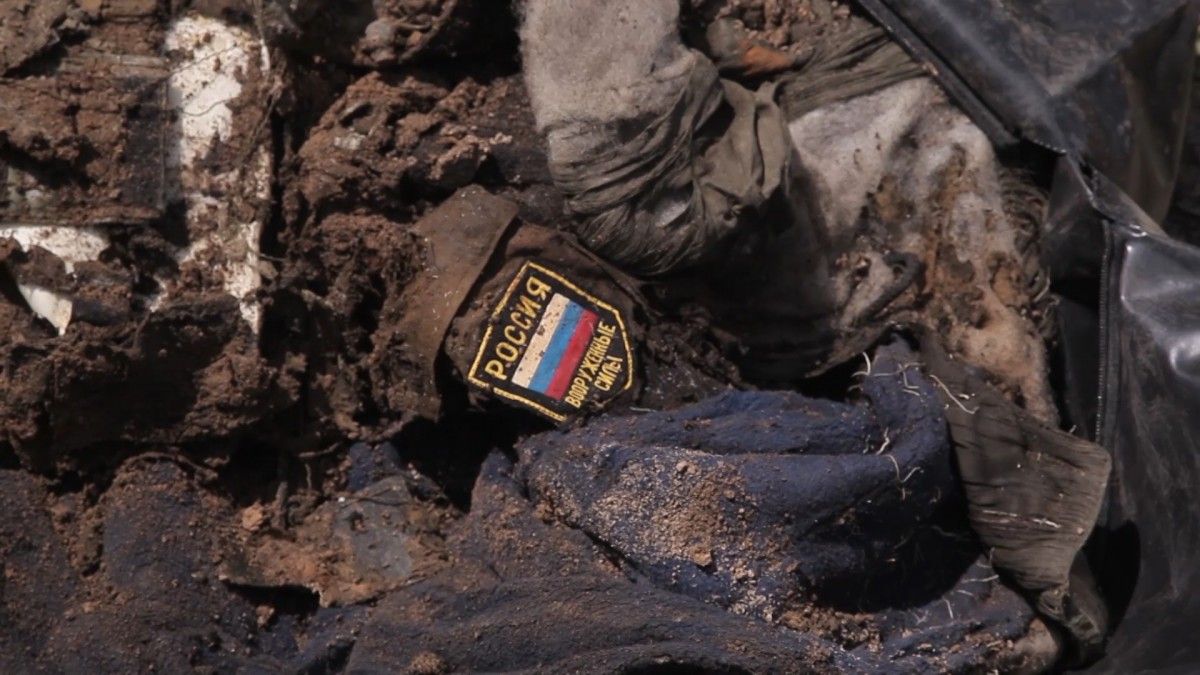 The remains will be sent to the Severodonetsk morgue for examination / Photo from hromadske.ua

One of the dead bodies had a fragment of the clothes with a chevron saying "Russia – the Armed Forces." The second body has not been identified yet.

"Every soldier who died in this territory shall be buried. This is our understanding of humaneness, and it should be so. Just because of this, our organization, Evacuation 200, is able to cross the contact line in this or that direction. We don't label the dead as ours or the enemy's," participant in the Evacuation 200 project Oleksiy Yukov said.

Read alsoOSCE reports "Cargo 200" van heading from Donbas for RussiaThe remains will be sent to the Severodonetsk morgue for examination.

Samples will be taken for DNA examination. Then the members of the organization will try to get into contact with the dead soldiers' families for the transfer of the bodies.