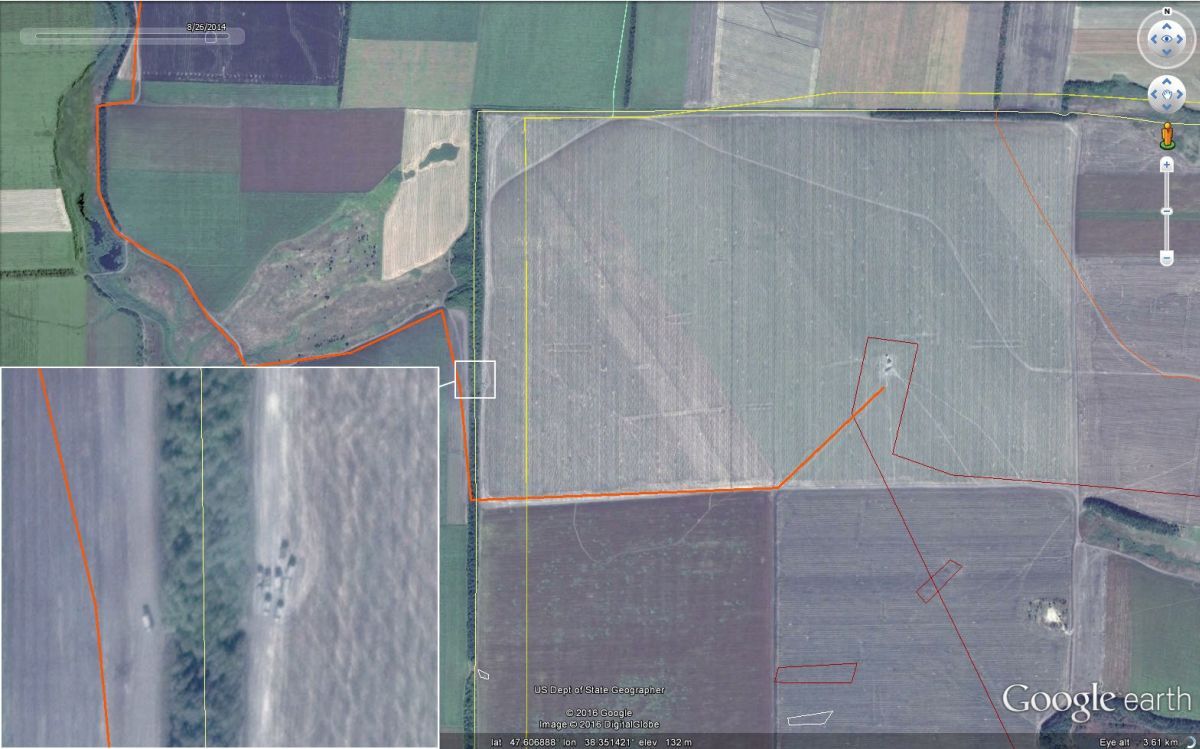 "Google Earth has recently added updated satellite imagery at the Russia-Ukraine border for August 26, 2014, near the height of Russian intervention in Ukraine. These satellite images show the deployment of Russian military vehicles and artillery positions, along with newly-created paths into Ukraine. The timing of this satellite imagery coincides with a major surge in Russian activities in Ukraine near the border crossing points, including the sightings of Russian servicemen in a village about a dozen kilometers from the border crossing point," Bellingcat wrote in a report published on June 15.

Figure 1, seen above, shows vehicles at the border location of 47.608336, 38.350813, near the Ukrainian villages of Kumachove and Ulyanivske. The worn path from Russia into Ukraine, seen as an orange line above, did not exist in the August 23, 2014 satellite imagery on Digital Globe, indicating that it was created between the afternoon of August 23 and 26.

Read alsoBellingcat founder names main challenges for JIT in MH17 probeReuters reported on August 26, 2014, that dozens of "unidentified, heavily-armed strangers with Russian accents" appeared in a village 14 kilometers northwest of this border crossing point. These men, wearing white bands on their arms and legs, brought military ration packs with them and military equipment with their identifying marks painted over with white circles, and were unfamiliar with the area. Soldiers with white bands on their arms/legs and Russian tanks with obfuscating marks are long-established symbols of Russian intervention, best described by Askai707 in his research. The white circle was used specifically by Russia's 6th Tank Battalion.

Along with this incident, ten Russian paratroopers were captured in Dzerkalne, approximately 21 kilometers north of the border crossing in Figure 1, at about the same time as the Reuters report and the creation of these border-crossing paths. The ten Russian servicemen claimed that they got "lost" while on patrols.