The Ukrainian activists of InformNapalm online project have presented on its website some irrefutable video evidence of the invasion of Russian troops in the territory of Ukraine in the summer of 2014. 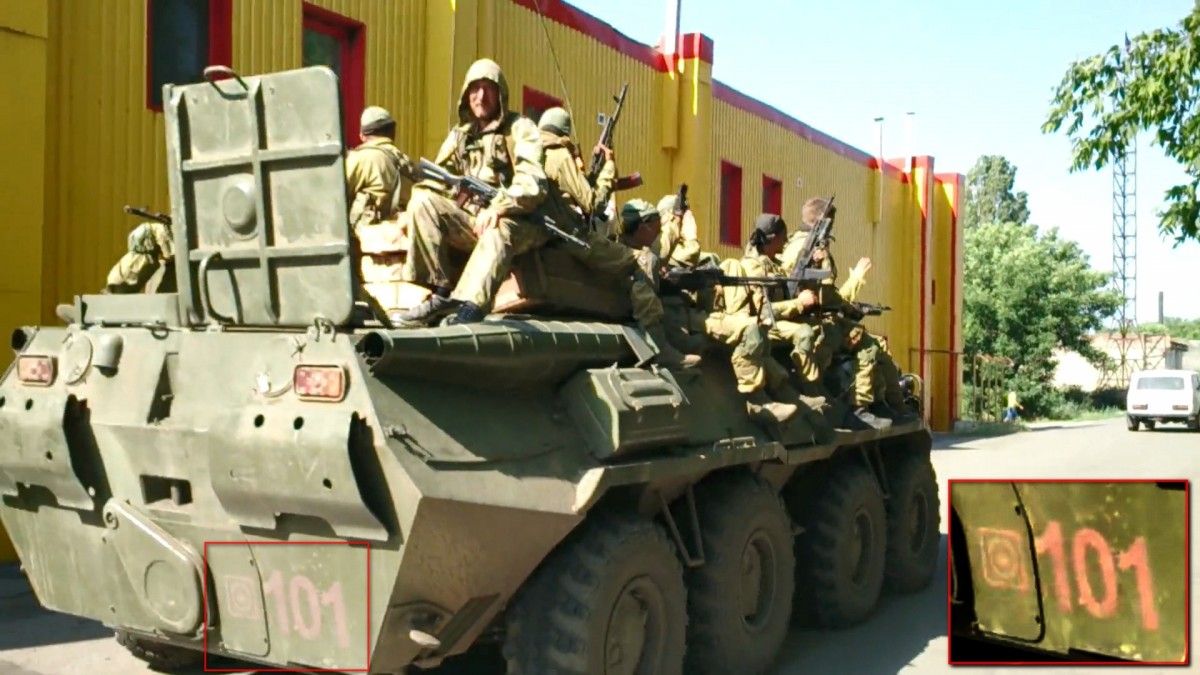 Comprehensive analysis was has been conducted of a unique footage obtained by the activists revealing that the BTR-80 armored personnel carrierі with red tactical signs, spotted in Snizhne in the summer of 2014, had been at the end of 2013-early 2014 regular APCs of the 11th separate engineering brigade (military unit No.45767, located in Kamensk-Shakhtinsky, Rostov region, Southern military District).

The next video was made by the activists on the same day.

"To confirm this hypothesis, we compared certain stills from both videos, which show the same people in the same vehicles. Military uniforms, gear and posture of the people on APCs should be noted – these are clearly not some local miners in rubber boots and plastic protective helmets," reads the statement.