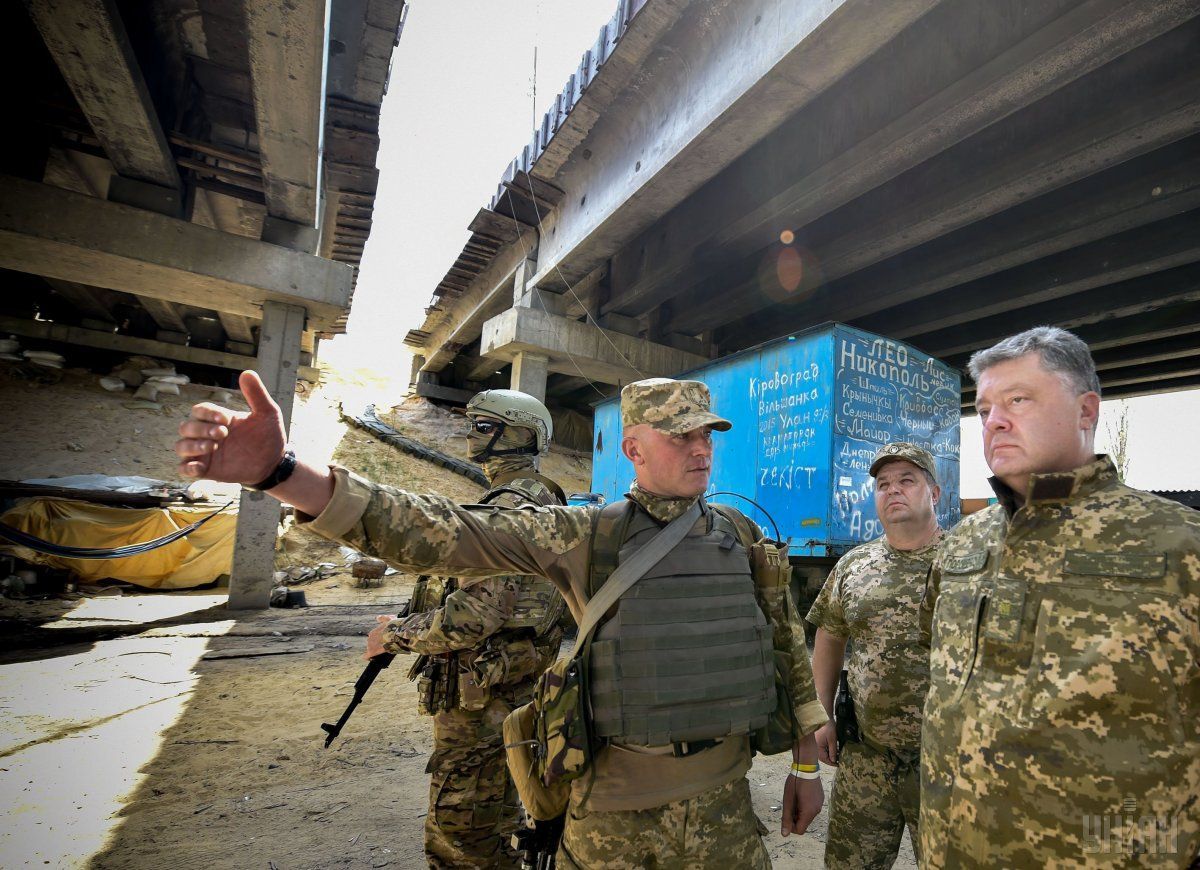 “In Zaitseve, Maiorske, Avdiyivka, Opytne, and Vodiane, there were several mortar attacks; and in Pisky, the enemy opened fire from cannon artillery. More than 130 shells were fired on our positions within 26 minutes," he said.

Read alsoNATO standards to be guidebook for 70% of Ukraine’s Defense Ministry by year-end"Yesterday, the Ukrainian president visited these positions and, despite the enemy fire, he inspected several check posts and found the opportunity to talk with the Ukrainian defenders,” said Lysenko. “At a legendary checkpoint 'The Bridge Republic,' located just 800 meters from the Donetsk airport, the president delivered high state awards to the soldiers and also signed a decree on demobilization of those drafted in the fifth wave."