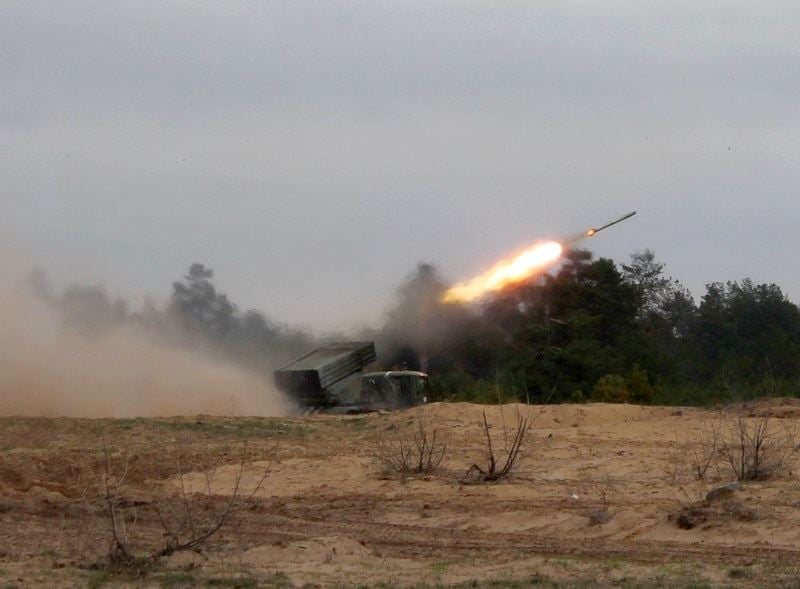 According to Ukraine Crisis Media Center, in addition to multiple rocket launching systems and Uragan-type rocket launchers deployed to the contact line by militants, there are also more than twenty Grad systems discovered in the area of Horlivka, Ukraine Today reports.

Read alsoATO forces seize Russian army gear, ammo from subversive group (photos)30 Russian servicemen were killed in action and 37 others were wounded over the past week, according to Skibitsky's report. 22 fighters have left the units of occupant forces over the last week, most of them are citizens of the Russian Federation, including Russian servicemen on active duty, according to a representative of the Main Intelligence Department of Ukraine's Defense Ministry Vadym Skibytsky.

Read also1 KIA, 2 WIAs among Ukraine troops in last 24 hrs: ATO HQ"As a result Russian command is trying to ban the fighters of the 1st and 2nd army corps to move out of the temporarily occupied territories towards Russia. Setup of a unified e-database of fighters from the combined Russian-and-militant troops in eastern Ukraine stands as a key element," Skibytskiy has told reporters.

As UNIAN reported earlier, Ukrainian President Petro Poroshenko said in an interview with the Bulgarian bTV that Russia had been training terrorists in special training centers in Kursk, Belgorod, and Rostov regions to execute terrorist attacks across Ukraine.