A Russian officer Alexander Bushuev was killed near the militant-occupied city of Donetsk, the Main Directorate of Intelligence of the Ministry of Defense of Ukraine reported on Facebook Monday. 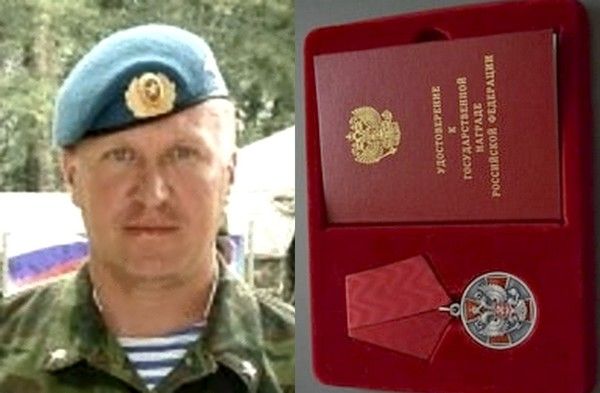 "The death is confrmed of the commander of the 7th separate motorized rifle brigade, Colonel of the Russian Armed Forces Alexander Bushuev near the town of Khartsyzk as a result of a detonation of a fragmentation landmine of directed action as he was heading with his security escort to Donetsk," the reports says.

Read alsoDonbas seeing escalation with 69 attacks on Ukraine in last day"Having had no information about the situation on the positions and having lost control over the advanced units between the villages of Sanzharivka and Luhanske, the commander of the 7th separate motorized rifle brigade, Colonel of the Russian Armed Forces Alexander Bushuev on June 29 provided a false report about a large-scale offensive by the ATO forces to a new commander of the 2nd Army Corps, who, without proper verification, forwarded the information to the commander of the Center for territorial troops (Novocherkassk) of the Southern Military District and requested to authorize artillery fire on the advanced positions of the 7th separate motorized rifle brigade," the reports says.

Then, in order to suppress another conflict in the 7th separate motorized rifle brigade, the commanders of the 2nd Army Corps suspended the brigade commander from his duties and sent him to Donetsk.

"As a result of getting into a mine trap, the commander of the 7th separate motorized rifle brigade, Colonel of the Russian Armed Forces Alexander Bushuev was killed, while two of his guards (troops from the special forces of the Russian army) were seriously wounded," the intelligence said.