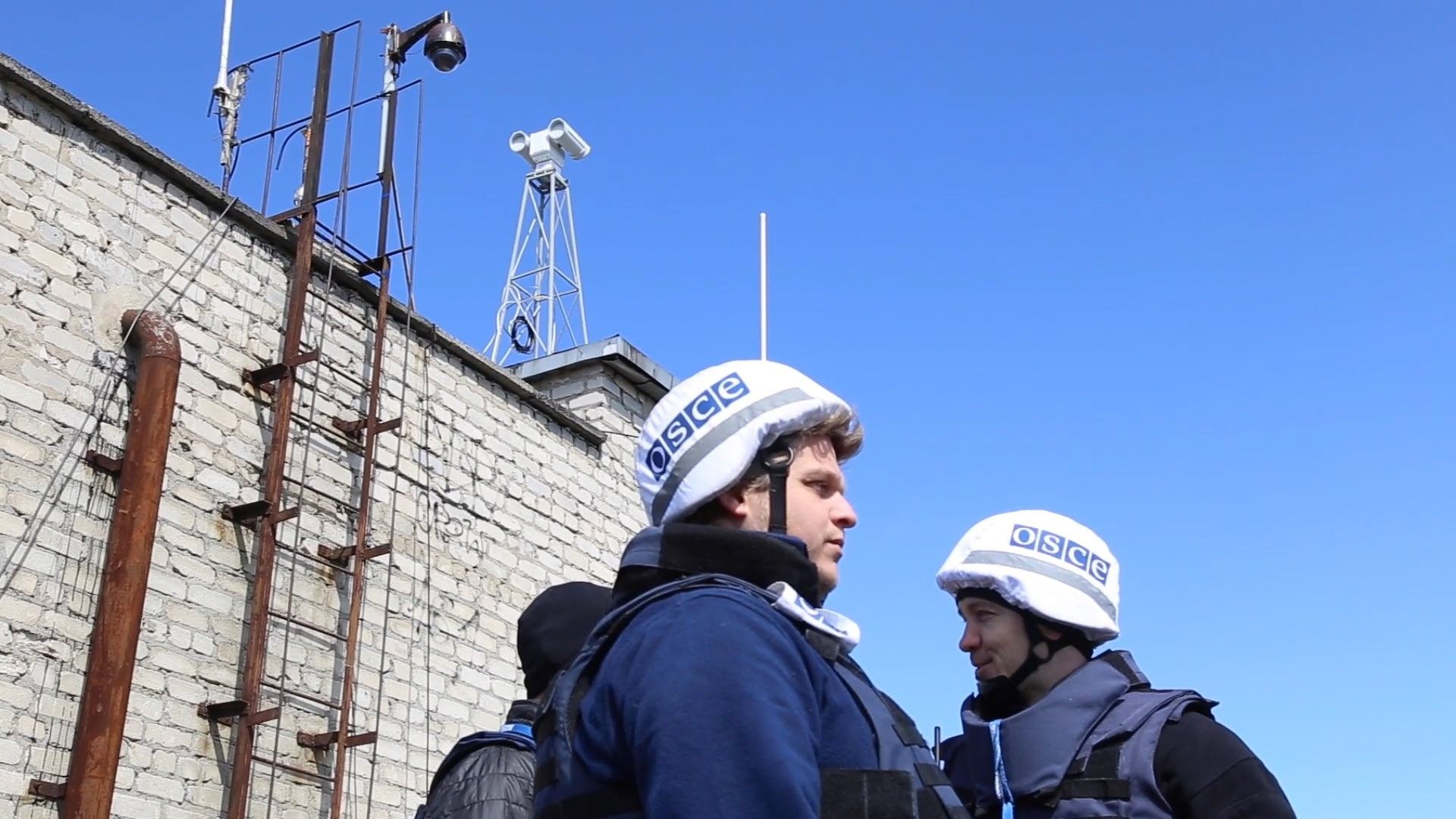 "The defenders of the village of Lebedynske tell that the enemy begins firing as soon as it gets dark. This continues for two weeks. The terrorists shoot from the occupied village of Sakhanka. They try to demolish the tower, where the OSCE camera is set," the description to the video says.

As UNIAN reported earlier, the OSCE Permanent Council extended the mandate of the OSCE observation mission, which is based on the Russian Gukovo and Donetsk border crossings in Rostov region, until October 31, 2016.