Nearly 20 agitated residents of the militant-occupied Horlivka in Donbas attacked an OSCE special monitoring mission patrol, demanding that officials “stop the shelling and help the people.” 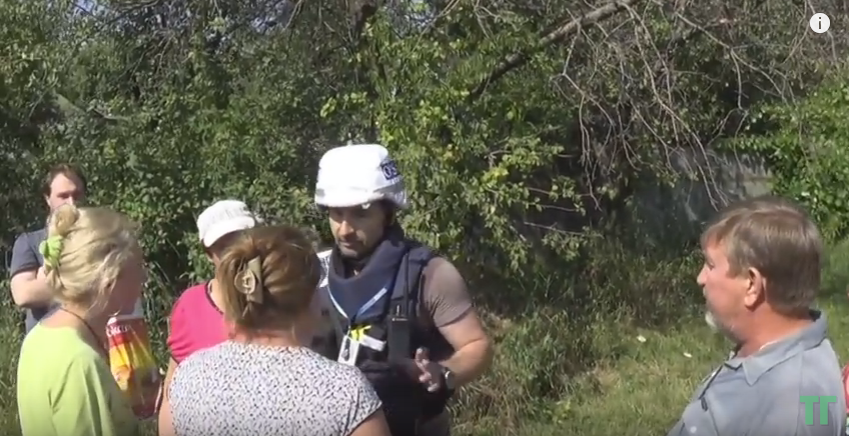 At first, the locals attempted to engage in a conversation with one of the monitors, but failed to reach an understanding due to language barriers.

Read alsoOSCE: Three children killed in grenade blast in militant-occupied YenakiieveAs the monitors tried to leave the scene, local residents were seen blocking their vehicles, with one man calling for the OSCE SMM officers to “get out of the vehicles” so that the residents “could at least sell them and earn some money.”

There were also threats to damage the patrol vehicles.

However, no damage occurred.

At the time of publication, the OSCE SMM has not released an official comment regarding the incident.

As UNIAN reported earlier, pro-Russian militant leaders denied access to OSCE monitors to those areas where the strongholds of the so-called "7th Separate Motorized Rifle Brigade” were set up.