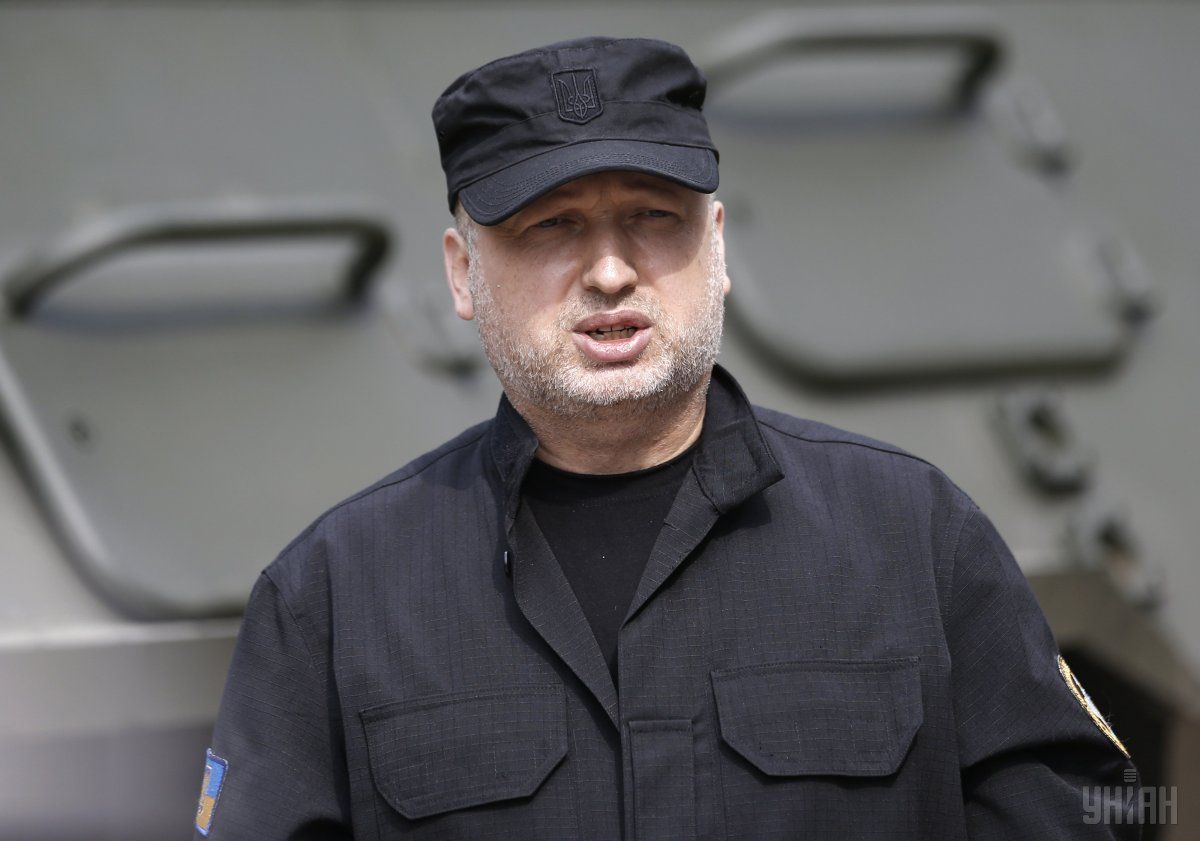 Turchynov visited the frontline of the Ukrainian defenses in connection with the escalation in the east of Ukraine, according to the press service of the NSDC.

As noted in the report, the secretary held a working meeting with the military commanders of the Anti-Terrorist Operation and inspected the combat readiness of the Ukrainian military units in the area of the Ukrainian strategic stronghold at the Azov Sea Mariupol, visited the outposts in Shyrokine and other areas on the southern defensive lines.

Read alsoNSDC tells how Russia makes Donbas test ground for new military technologyAccording to Turchynov, the Russian occupation troops of the "1st and 2nd Army Corps" have significantly increased the number of attacks, which “defiantly disregard the agreements on the withdrawal of heavy weapons from the contact line."

"The enemy uses 152-mm and 122-mm artillery, 120-millimeter mortars, and MLRS’s banned by the Minsk deal in daily shellings," said the secretary, adding that the activity the of professionally trained sabotage and reconnaissance groups and snipers increased significantly.

NSDC Secretary stressed that the enemy was spotted setting up specialized mobile mortar groups "specializing in striking the military and civilian targets, firing taking into consideration the patrol routes of the monitoring teams [of the OSCE SMM]."

Read alsoTurchynov: Evidence of Russia's war against Ukraine can be found on Putin's website"All those provocative actions lead to more losses among the ATO forces as well as civilian casualties and, according to the Kremlin leadership, are designed to completely disrupt any progress under the Minsk agreements," Turchynov said.

The highest intensity of enemy fire is recorded at Donetsk and Mariupol directions. According to the NSDC secretary, the occupation forces are being intensively supplied with arms, ammunition, and fuel. Operating reserves are being created.

"All of this is confirms that the Russian General Staff is preparing offensive operations," he said, stressing that the Armed Forces of Ukraine are ready to give an adequate response to any provocations by the aggressor.