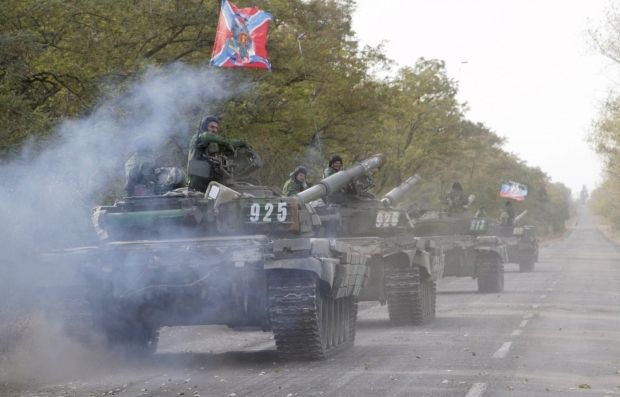 “The arrival of trains with weapons and military equipment, fuel, lubricants and ammunition from the territory of the Russian Federation is recorded at the Donetsk-2 railway station (north-eastern part of Donetsk),” the Main Directorate of Intelligence of Ukraine’s Defense Ministry wrote on Facebook.

“30 flatcars with tanks and self-propelled artillery, railcars with military servicemen, and tanks with fuel and lubricants,” the report read.