The combined Russian-separatist forces attacked the Ukrainian army positions in eastern Ukraine 58 times in the past 24 hours, according to the press center of the Anti-Terrorist Operation (ATO) Headquarters. 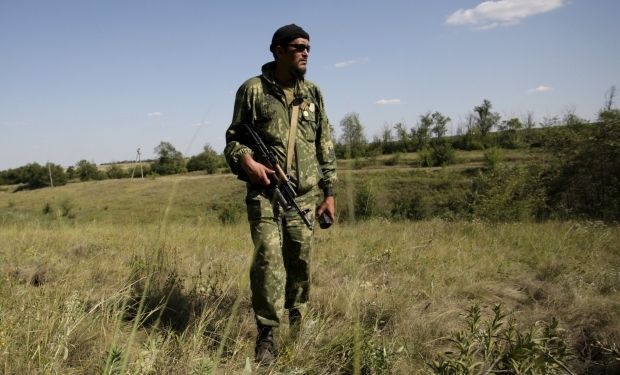 Most of the attacks – 35 incidents – were recorded in the Mariupol sector. The enemy fired 122mm self-propelled artillery systems on the village of Novohryhorivka, as well as 120mm and 82mm mortars on the villages of Talakivka, Vodiane and Starohnativka.

The enemy also fired from guns of infantry fighting vehicles and grenade launchers in the villages of Shyrokyne, Talakivka and Vodiane. They used anti-aircraft guns in the village of Hnutove, and heavy machine guns in the town of Krasnohorivka. In addition, enemy snipers were active near the town of Maryinka.

Twenty-one cases of ceasefire violation were recorded in the Donetsk sector. The situation was also unrest in the town of Avdiyivka and the village of Novoselivka Druha, where the Russian occupiers fired 120mm and 82mm mortars, grenade launchers of various systems, heavy machine guns and small arms.

Read alsoUkraine reports more losses in Donbas: 6 KIAs in last 24 hrsIn addition, there was a skirmish near Avdiyivka between Ukrainian military and enemy saboteurs. The enemy had to retreat, the ATO headquarters said.

The militants also fired 82mm mortars on the Ukrainian fortified positions near the villages of Nevelske, Opytne and Butivka coal mine.

In Luhansk region, the Russian-backed mercenaries fired rocket-propelled grenades and small arms twice on the Ukrainian soldiers stationed near the village of Orikhove.