Ukrainian intelligence has identified Russian military personnel involved in combat operations in the territory of Ukraine, according to the Main Directorate of Intelligence of Ukraine's Defense Ministry. 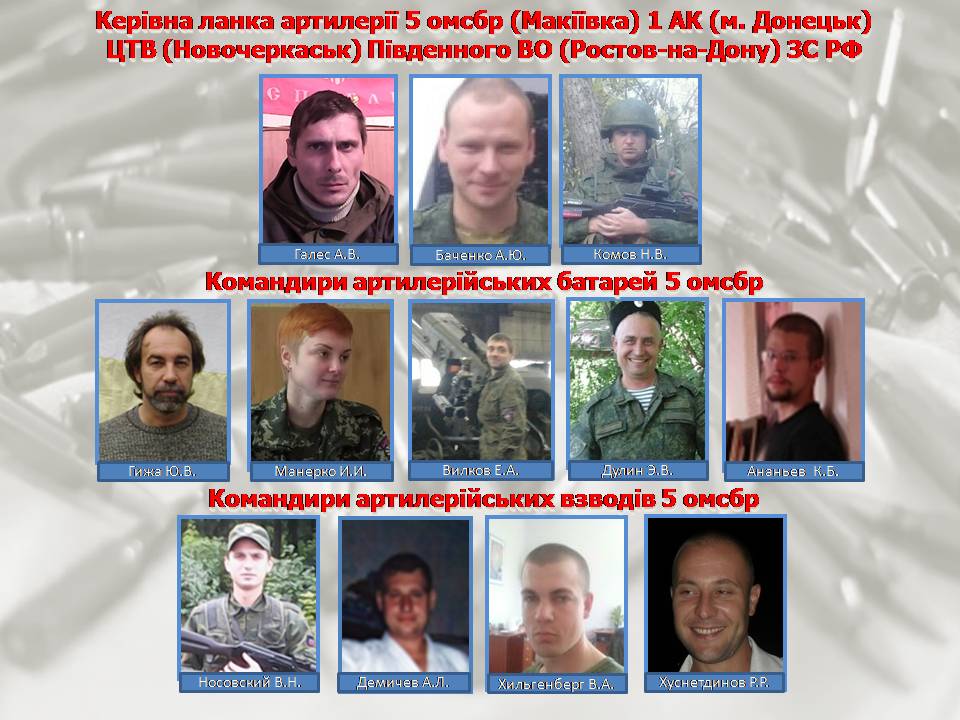 These military personnel are artillerymen belonging to the 5th separate motorized rifle brigade (military unit No. 08805, Makiyivka) of the 1st Army Corps (Donetsk) of the Center of Territorial troops (Novocherkassk) of the Southern Military District (Rostov-on-Don) of the Russian Armed Forces. 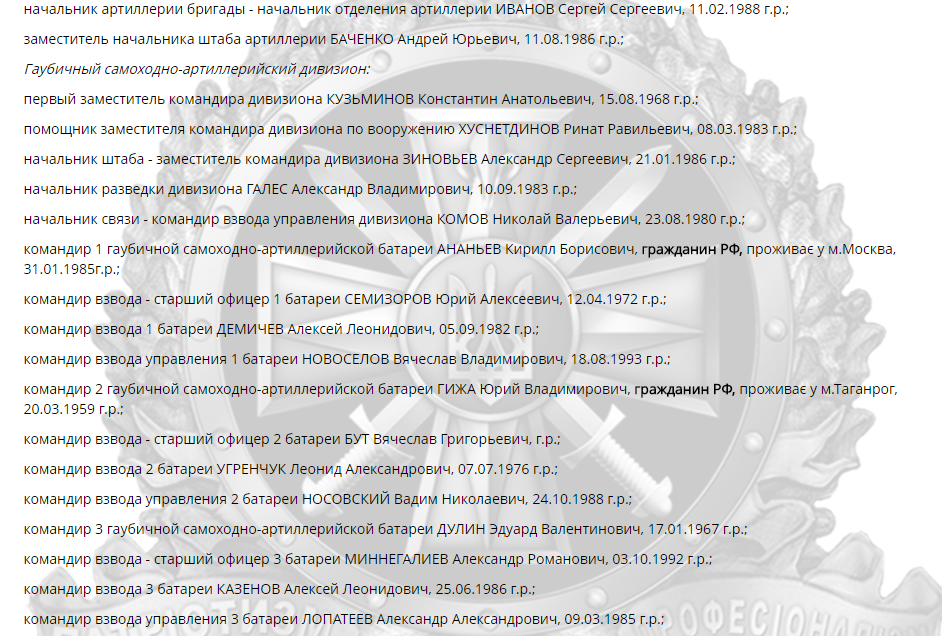 The list of commanding staff of the artillery units of the 5th separate motorized rifle brigade is available here.