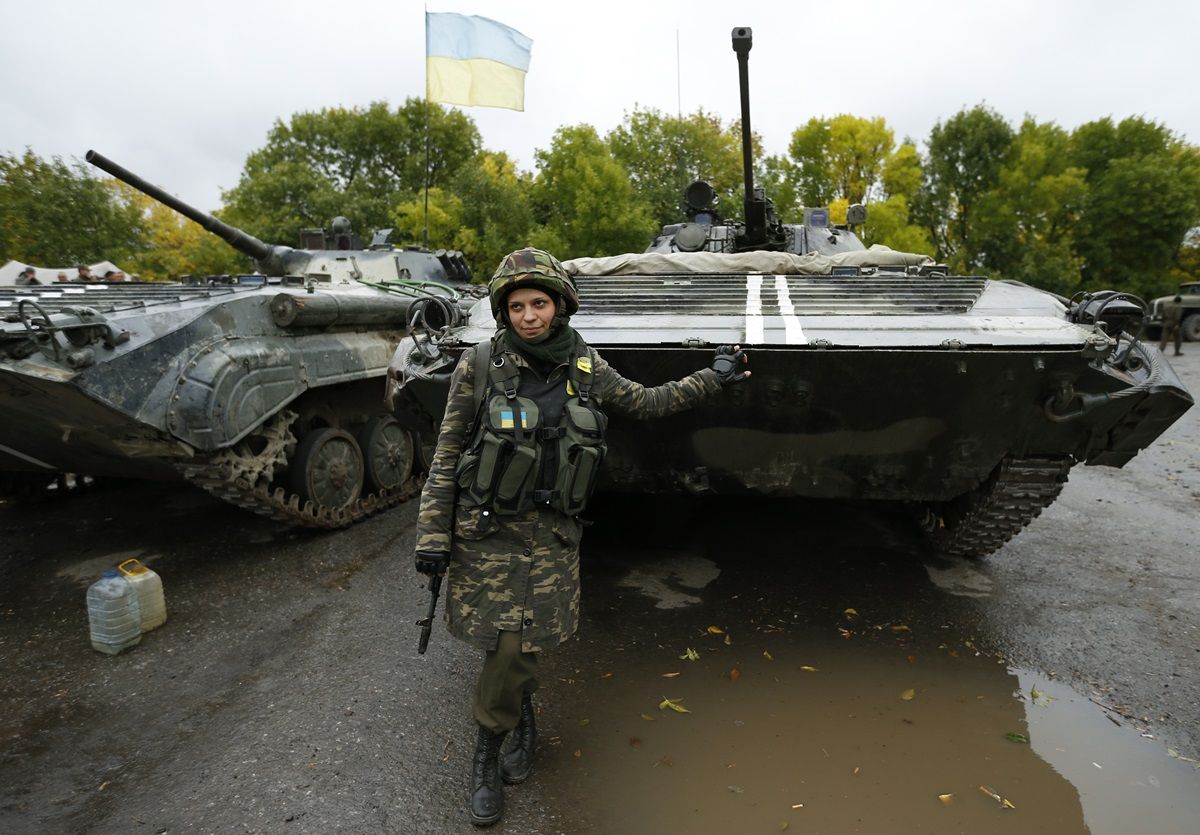 "We're expecting it at any time," Lysenko said, answering a question about the possible aggravation of the conflict. Officials have noted the repositioning of equipment and the rotation of the military along the entire contact line from the enemy's side, along with border crossings at uncontrolled sections.

"In the north of Crimea, Russian troops are also carrying out their maneuvers, and for a while the movement at checkpoints was suspended on the initiative of the Russian side. This means the occupiers are conducting their maneuvers, and we need to be aware that at any moment, at any hour, they can start a large or small-scale offensive," Lysenko said.

Read alsoRussia massing tanks near Crimean Dzhankoy at border with mainland Ukraine – witnessesHe stressed that ATO forces are monitoring the situation in the areas where enemy forces and facilities are stationed. Ukraine is also preparing its reserves to repel a possible attack. Lysenko made note that these were Russian forces stationed on the other side. "We can talk about the rotation of Russian servicemen, who manage units and participate in the planning of military operations," he said.

As was reported on Sunday, the Russian occupying authorities suspended operations at checkpoints along the administrative border between Russia-annexed Crimea and mainland Ukraine. Later, only one checkpoint, Chonhar, resumed operations.