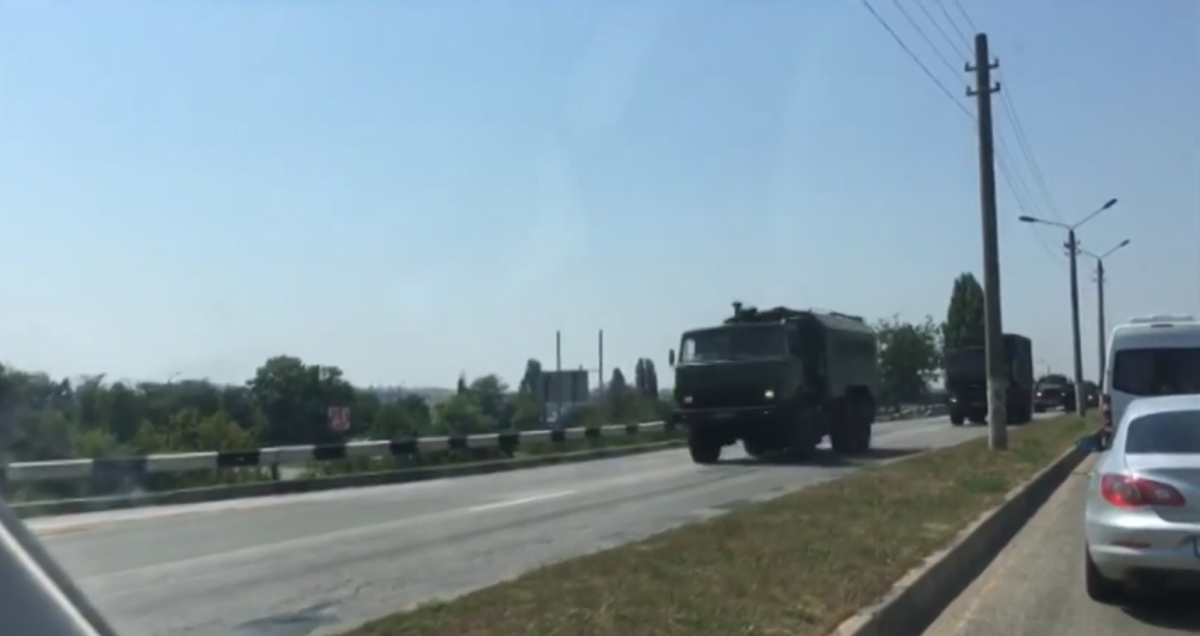 The Russian occupiers are relocating army trucks in Crimea / Screenshot

According to the captions, the convoy moves along a detour road between Simferopol and Yalta.

"Russia's Bastions [mobile coastal defense missile systems] are being relocated to the Starokrymsky training range," a witness comments in the second video clip.

The main role of the Bastion-P is to engage surface ships, including carrier battle groups, convoys, and landing craft. A typical battery is composed of one or two command and control vehicles based on the Kamaz 43101 6×6 truck, one support vehicle, four launcher vehicles based on the MZKT-7930 8×8 chassis, each operated by a three-man crew and holding two missiles, and four loader vehicles. Launcher vehicles can be located up to 25 km (16 mi) away from the C2 vehicles.

On the same day, Nariman Dzhelalov, deputy chairman of the Crimean Tatar Mejlis, which represents the ethnic Tatar group, wrote on Facebook that witnesses had reported seeing large groups of Russian military hardware been stockpiled near the towns of Armyansk and Dzhankoy in Crimea's north, close to the administrative border.

Ukrainian intelligence services connected the movement of the equipment with preparations for military drills.

"The relocation of the [Russian] troops on the peninsula has coincided [with preparations for the exercise]. Today, there are very active preparations underway for the Kavkaz (Caucasus) 2016 drills, which are scheduled by Russia in its southern okrug  with full involvement of the units stationed in Crimea," Vadym Skybytsky, a representative of the Ukrainian Defense Ministry's main intelligence department, said.

Ukraine has increased its alert status following Russia's activity on the occupied peninsula.